Yuzvendra Chahal Thanks Rohit Sharma For Birthday Wishes, Calls Him "The Real GOAT"

Yuzvendra Chahal is all set to travel to the West Indies with Team India next month as part of the ODI squad for a three-match series. 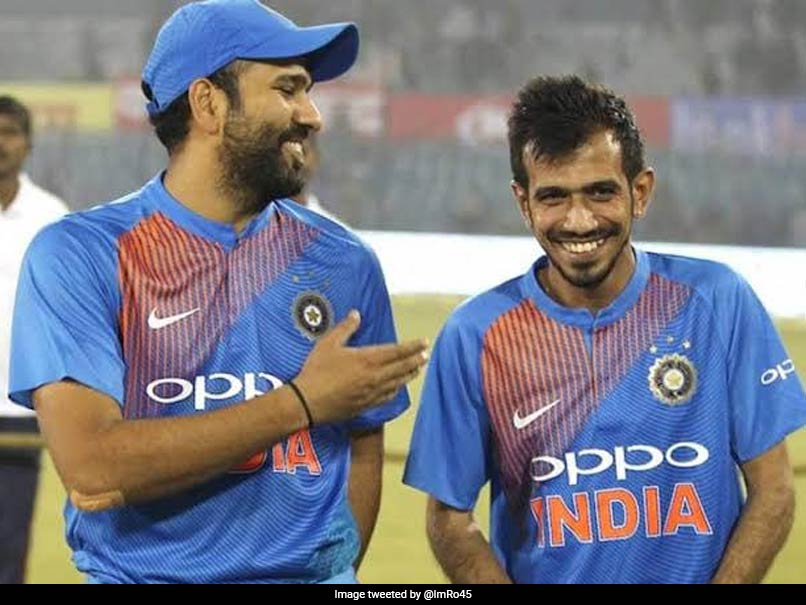 Yuzvendra Chahal celebrated his 29th birthday on Tuesday and cricketers took to Twitter to wish the leg-spinner. While Virender Sehwag came up with the most hilarious tweet, it was Rohit Sharma who stole the show by calling Yuzvendra Chahal a "GOAT". In reply to Rohit Sharma's tweet, Chahal called Rohit Sharma the "real GOAT". "Thank you Real G.O.A.T," Chahal tweeted. The leg-spinner finished the recently-concluded World Cup 2019 with just 12 wickets at an average of 36.83 in eight matches.

During a league stage match against the hosts England, Chahal not only went wicket-less in his 10 overs but he gave away 88 runs. This spell is the most expensive one by any Indian bowler in a World Cup match.

After an ordinary performance in the mega event last month, Yuzvendra Chahal has been excluded from the T20 format for the upcoming tour of the West Indies. The selection panel, led by MSK Prasad opted for young spinners in place of Yuzvendra Chahal and Kuldeep Yadav for the shorter format.

Chief selector MSK Prasad, at the time of announcement, took the performances of the players in the unofficial One-day International (ODI) series against West Indies A into consideration and opted for fresh faces in the spin department for the T20 leg of the West Indies tour.

Looking ahead at the T20 World Cup, the leg-spinner will be looking to perform to his potential to get back into the T20 squad. The T20 World Cup will be played in Australia later next year.