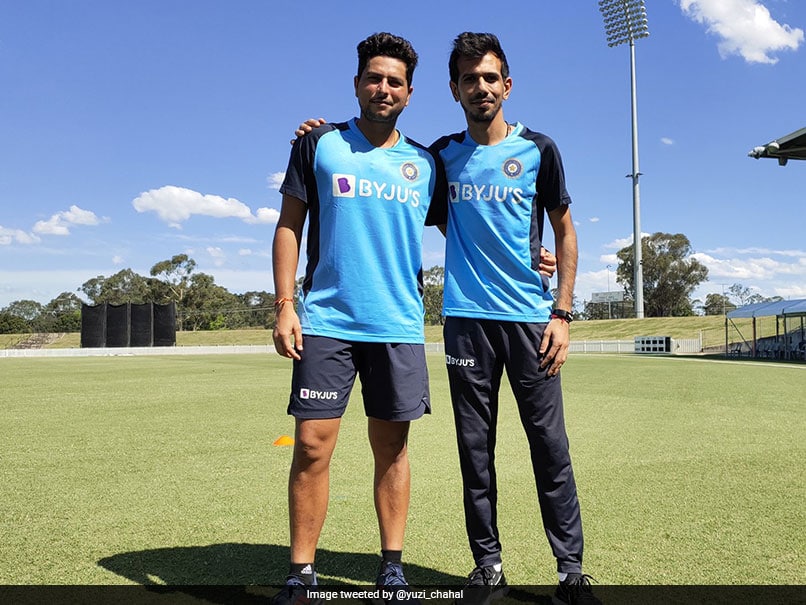 Yuzvendra Chahal posted a picture on social media where he and teammate Rishabh Pant are seen atop cycling equipment in the gym where the Indian team has been training ever since their arrival on Australian shores. Kuldeep Yadav is seen standing between Chahal and Pant as the trio strike a pose for the camera. Isuru Udana, Chahal's teammate at Royal Challengers Bangalore for Indian Premier League 2020, found some humour in the post as he made a comment directed at Chahal: "bro the seat is too high for you."

While Pant has found a place only in the Test squad, Kuldeep has been included in Test and ODI squads. Chahal remains a white-ball specialist.

India play three One-day Internationals to kick off their tour with the first ODI to be played in Sydney on November 27.

The ODI series will be followed by three Twenty20 Internationals, with all white-ball games to be played in Sydney and Canberra.

The first Testwill be a day-night contest and will be played with the pink ball at the Adelaide Oval from December 17.

Chahal comes into the tour on the back of a good IPL 2020 where he picked up 21 wickets from 15 matches.

Kuldeep didn't enjoy as good a run as his white-ball spin-bowling partner Chahal, as the left-arm wrist spinner managed a solitary wicket from five games.

Pant didn't shine with the bat either. He finished an underwhelming IPL season with 343 runs from 14 games at a strike rate of 113.95 even as his team Delhi Capitals finished runners-up.

Isuru Udana Cricket
Get the latest updates on IPL Auction 2023 and check out  IPL 2023 and Live Cricket Score. Like us on Facebook or follow us on Twitter for more sports updates. You can also download the NDTV Cricket app for Android or iOS.