"We Keep This Love In A Photograph": Yuzvendra Chahal Shares Adorable Pic With Fiancee 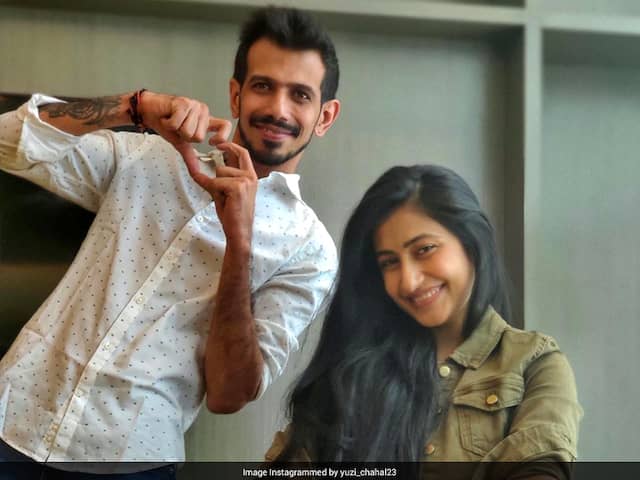 Yuzvendra Chahal came up with an adorable caption for his photo.© Instagram

India leg-spinner Yuzvendra Chahal took to Instagram to share a photo with his fiancee Dhanashree Verma. In the photo, the couple can be seen all smiles, with Chahal making a heart shape with his hands. "We keep this love in a photograph," the spinner captioned the picture, along with emojis of a camera and a rose. Fans responded with love for Chahal and Dhanashree Verma, who announced their engagement on Saturday with a series of photos from their roka ceremony.

We keep this love in a photograph

Fans and celebrities alike responded with praise for the couple.

Former Big Boss contestant Prince Narula responded to the photo with heart emojis, as did several other actors and models.

""We said "Yes" along with our families," Chahal wrote last Saturday, announcing his engagement to Dhanashree, who is a YouTuber and a choreographer.

He was congratulated by many of his teammates, including India and Royal Challengers Bangalore captain Virat Kohli.

The spinner will next be seen in action for Royal Challengers Bangalore when the 13th season of the Indian Premier League (IPL) gets underway on September 19.

The IPL was scheduled to begin on March 29, but the cash-rich tournament was postponed due to the coronavirus pandemic.

With the number of COVID-19 cases on the rise in India, this year's season of the IPL will be played in the United Arab Emirates.