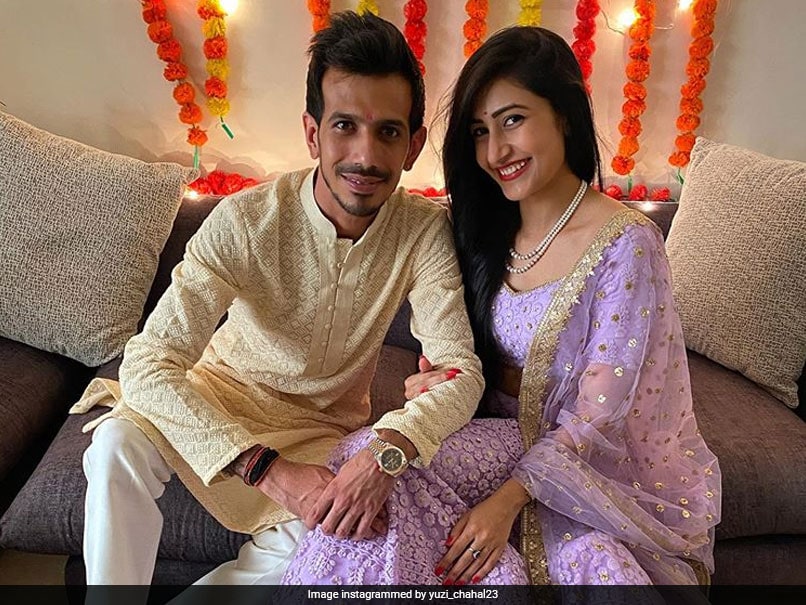 Wishes and congratulations poured in for Yuzvendra Chahal and Dhanashree Verma.© Instagram

India leg-spinner Yuzvendra Chahal announced his engagement to choreographer Dhanashree Verma with an Instagram post on Saturday. Sharing pictures from their engagement ceremony, Chahal wrote: "We said "Yes" along with our families." While two of the photos he shared were of the couple, there was one with Chahal's parents and Dhanashree's family. Dhanashree Verma, apart from being a choreographer, is also a doctor and a YouTuber according to her Instagram profile. She also shared the photos from their roka ceremony on Instagram, with the same caption on her post.

Dhanashree Verma has even featured in a few of Chahal's Instagram posts and live chats.

Congratulations poured in for the couple on social media.

"Congrats to both of you," India opener Shikhar Dhawan commented.

"Congratulations to you both," India's fielding coach Ravi Sridhar commented.

"Wooooohooooo yaaay to the lil brother," she wrote, along with a flurry of heart emojis.