Virat Kohli took to Instagram to share a photo with his Royal Challengers Bangalore teammates as he waits for the 13th edition of the IPL to begin. 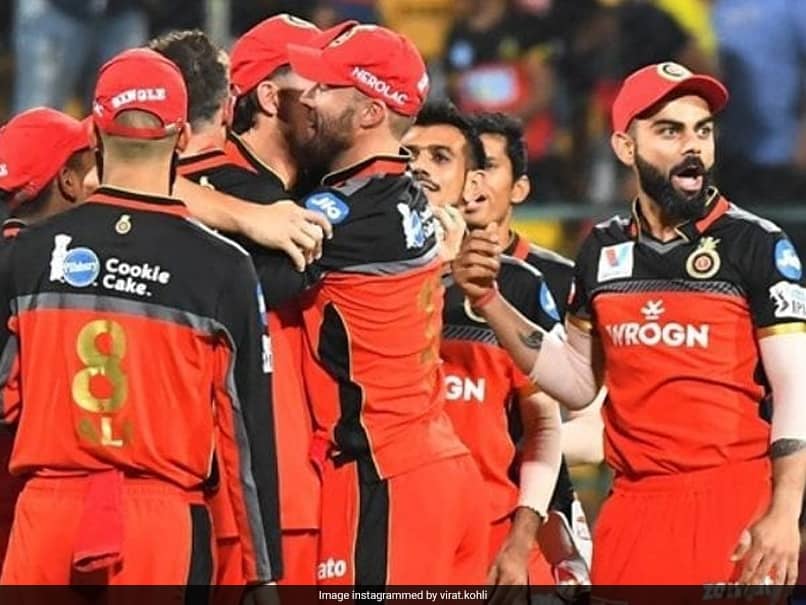 Virat Kohli and his team will be hoping to win the thirteenth edition of the IPL this year.© Instagram

Indian captain Virat Kohli shared a post on his Instagram account. In the post, Virat Kohli shared two pictures, in the first one, he can be seen with AB de Villiers while batting. In the second picture, Virat Kohli along with his Royal Challengers Bangalore (RCB) teammates can be seen celebrating a wicket. Kohli captioned it with a clock emoji and an hourglass emoji, indicating that he is counting the days for the 13th edition of the Indian Premier League (IPL) to start. Virat Kohli will be hoping to lead his team to their maiden IPL title this year.

The RCB captain has also scored 5 centuries in the cash-rich league along with 36 half-centuries. However, under Virat Kohli's leadership, RCB has never won an IPL title. The last time they came close to winning the IPL trophy was back in 2016.

Virat Kohli's team managed to reach the finals of the 2016 edition of the tournament but lost to SunRisers Hyderabad in the final.

With this year's IPL set to take place in UAE from September 19 to November 10, Virat Kohli and his team will be hoping to get their hands on the title. Earlier, the cash-rich league was supposed to begin from March 29 but had got postponed due to the coronavirus pandemic.

Royal Challengers Bangalore Cricket
Get the latest updates on India vs Australia Series, check out the India vs Australia Schedule for 2020-21 and Ind vs Aus live score . Like us on Facebook or follow us on Twitter for more sports updates. You can also download the NDTV Cricket app for Android or iOS.