Royal Challengers Bangalore Can Be "One Of The Big Beneficiaries" With IPL Taking Place In UAE: Aakash Chopra

Aakash Chopra said that RCB has a limited bowling attack, but it can come good in the UAE due to the bigger grounds. 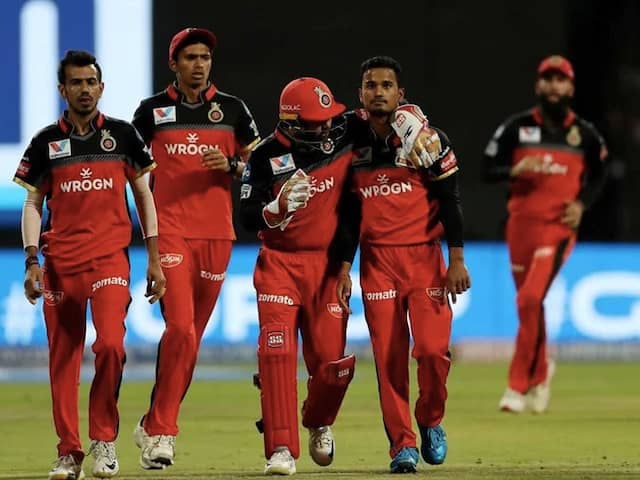 Aakash Chopra feels RCB's Yuzvendra Chahal and Pawan Negi will have a big role to play in the UAE.© BCCI/IPL

Former India batsman Aakash Chopra on Thursday said that Royal Challengers Bangalore (RCB) can benefit quite a bit with the Indian Premier League (IPL) taking place in the UAE this year. Chopra said that RCB has a limited bowling attack, but it can come good in the UAE due to the bigger grounds and he also said that spinners would have a big role to play in this year's edition. "Whatever has happened in the past 12 years, you need to forget it, as this year if the IPL happens in the UAE then there is no distinctive advantage for any team. If you play matches at neutral venues, then there is no home support and no familiarity with the pitches. Every team will be starting at par with each other. Mumbai and Chennai are top-class teams, they will eventually catch up even if they get off to a slow start," Aakash Chopra said in a video posted on his official YouTube channel.

"RCB does not have a strong bowling attack, in the last season they just won three matches at their home ground, they have a limited bowling attack but it can come good in the UAE as there are big grounds. So I really think RCB can be one of the big beneficiaries with the IPL taking place abroad. Yuzvendra Chahal and Pawan Negi will have a big role to play in the UAE," he added.

Chopra also said that Kings XI Punjab and Delhi Capitals would also benefit in the UAE as both these teams have good spin bowling attacks.

"Kings XI Punjab would also benefit, Glenn Maxwell has a good record in the UAE, their spin department is quite good, they are very nicely placed, I think you need to be worried about Kings XI Punjab this season," Chopra said.

"Delhi Capitals would also benefit as they have good spin attack comprising of Ravichandran Ashwin, Amit Mishra, Sandeep Lamichhane, and Axar Patel. They tick all the boxes and they would not be complaining," he added.

"IPL 2020 which was postponed due to coronavirus will now be held in the UAE," Patel had told ANI.

He also said that the BCCI has applied for government permission to go ahead with the tournament and further course of action would be discussed in the IPL governing council meeting.

Earlier on Monday, the International Cricket Council (ICC) had announced the postponement of the T20 World Cup 2020 due to the coronavirus pandemic. The T20 World Cup was slated to be played in October-November in Australia this year.