Shikhar Dhawan is among those batsmen who have been extremely active on social media through the lockdown. 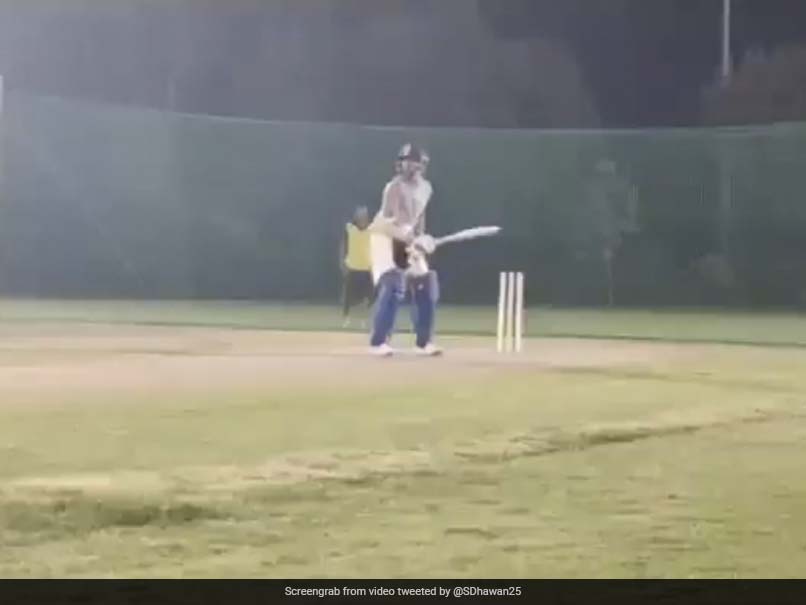 Shikhar Dhawan was seen sweating it out and shared a video of his batting for fans.© Twitter

Indian batsman Shikhar Dhawan, on Friday took to Twitter to share a video from his training session for his fans. The left-handed batsman looked in good touch as the ball hit the sweet spot of his bat and made a pleasing sound. Shikhar Dhawan in the caption of his tweet wrote, "Keeping the intensity going. Love the sound of the bat on ball". Shikhar Dhawan was seen hitting the ball on both sides of the ground as he looks to get ready for the upcoming edition of the Indian Premier League (IPL) which is scheduled to take place in the United Arab Emirates (UAE) this year.

Keeping the intensity going Love the sound of the bat on ball pic.twitter.com/ZuOZ4JYWQ3

Shikhar Dhawan keeps sharing fun photos and videos for his fans to keep them entertained on social media platforms. On Thursday, Dhawan shared a picture with his son Zoraver on Instagram in which the father-son duo could be seen smiling.

Shikhar Dhawan has not played any form of cricket since India's home series against Australia. The southpaw was left out of India's tour of New Zealand after he suffered a rib injury in the second ODI against Australia in January this year.

During the 2019 edition of the IPL, Dhawan was in top form and scored 521 runs to finish as the fourth-highest run-scorer in the cash-rich league. Shikhar Dhawan is at the fifth spot in the list of highest run-getters in IPL with 4,579 runs from 159 matches.