Shikhar Dhawan has shared many pictures and videos on social media of him with son Zoraver, who keeps him busy through the lockdown period. 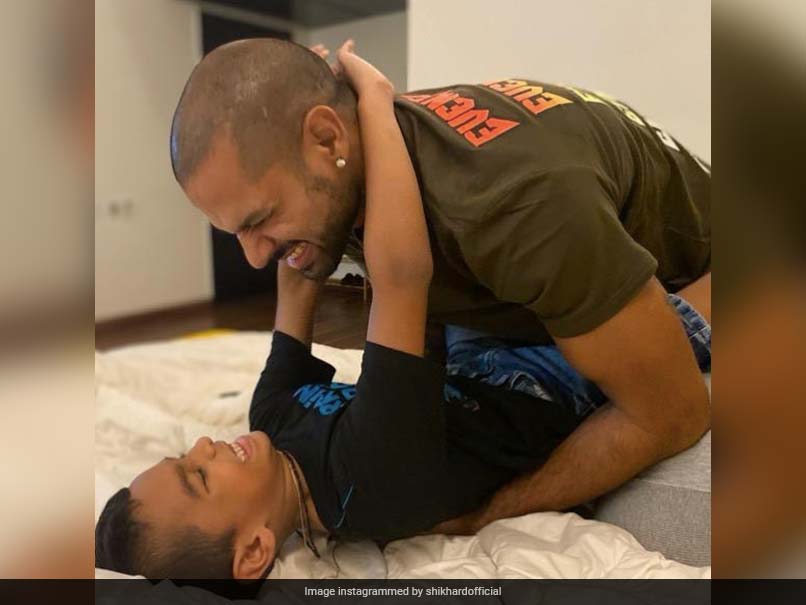 Indian batsman Shikhar Dhawan never misses an opportunity to share fun moments from his life for his fans on social media platforms. Shikhar Dhawan along with his son Zoraver are often seen together doing fun stuff at home. In his latest post on Instagram, Shikhar Dhawan shared a picture with Zoraver where he can be seen trying to get his son out of the bed. In the caption of his post, Shikhar Dhawan wrote, "Getting Zoraver out of bed every morning is the toughest task. But then there are moments like this one".

Last week, Shikhar Dhawan had shared a funny picture of himself with Zoraver where the two could be seen wearing fake nose rings. The left-handed batsman's wife was also visible in the background of the picture.

Shikhar Dhawan who has been out of action since Australia's tour of India will be seen next in the 13th edition of the Indian Premier League (IPL). This year's IPL is set to take place in the UAE with the final schedule for the cash-rich league soon to be announced by the Board of Control for Cricket in India (BCCI).

The left-handed batsman will play for the Delhi Capitals in this year's IPL. Shikhar Dhawan moved to Delhi Capitals from SunRisers Hyderabad after the 2018 edition of the IPL.

India Cricket Team IPL 2020 BCCI Cricket
Get the latest updates on IPL Auction 2023 and check out  IPL 2023 and Live Cricket Score. Like us on Facebook or follow us on Twitter for more sports updates. You can also download the NDTV Cricket app for Android or iOS.