Yuvraj Singh posted a picture with Arjun Tendulkar on social media and added a quirky caption: "Junior Tendulkar learning from the best". 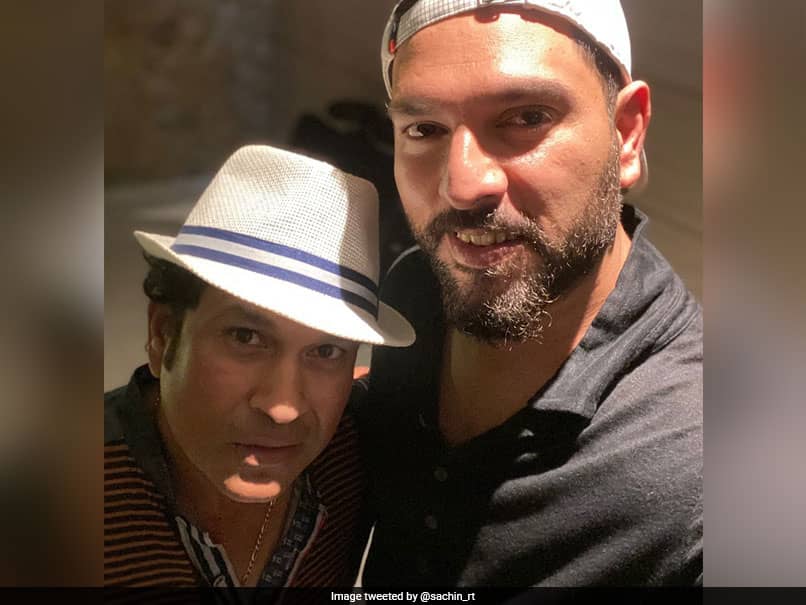 Yuvraj Singh posted a throwback picture with his former India teammate Sachin Tendulkar's son Arjun with a quirky caption: "Junior Tendulkar learning from the best." In the picture, Arjun, who has bowled in the nets to many international teams in the past, is seen with Yuvraj and both players are in their practice kits. Yuvraj is also seen wielding a bat and the picture looks to be from Yuvraj's India days. Arjun, who recently turned 21, has played U-19 cricket for India, breaking into the squad for the first time in 2018. Yuvraj Singh with Arjun Tendulkar, who is "learning from the best"

Yuvraj, who retired from all cricket in 2019, has been active on social media and has posted such pictures from his playing days before as well.

Yuvraj played with Arjun's father, Sachin, from 2000, when Yuvraj debuted for India, to Sachin's retirement in 2013.

Sachin Tendulkar finished an illustrious 25-year career as the highest scorer in Tests and ODIs.

Both Yuvraj and Sachin played in the 2003 Men's World Cup, where India lost to Australia in the final, and the 2011 World Cup at home where India won their second World Cup title.

Sachin Tendulkar is one of the mentors of Mumbai Indians, the defending Indian Premier League champions who will aim to win their fifth title when they take on Delhi Capitals on November 10.