Yuvraj Singh took fans for a ride to the past with a throwback picture with Sachin Tendulkar, posted with a cheeky caption. 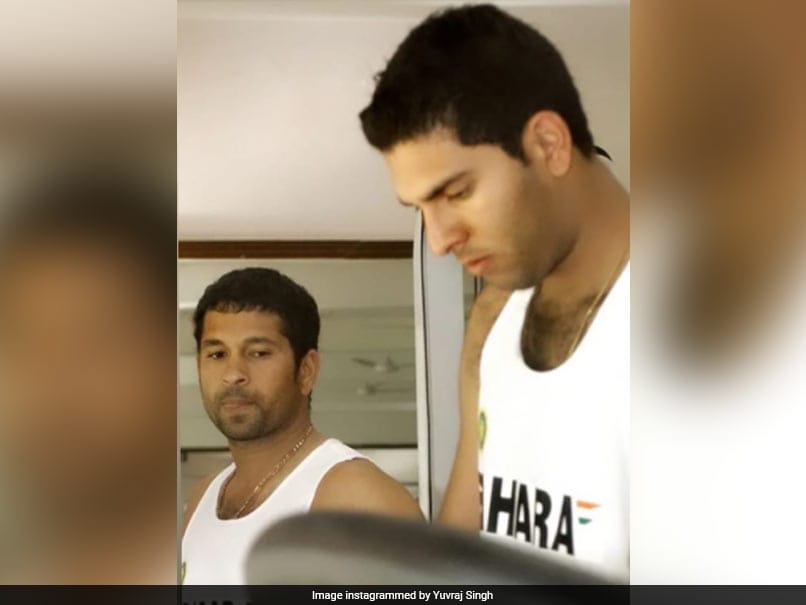 Yuvraj Singh posted a throwback picture with former India teammate Sachin Tendulkar where Tendulkar is apparently peeping into Yuvraj's phone, as Yuvraj captioned the picture shared in his Instagram stories. The men are seen in their India training kit in the picture that appears to be from one of India's tours in the mid-2000s when Yuvraj and Tendulkar were both playing together for India. "Paji don't sneak into my phone," wrote Yuvraj as a caption on the picture. The picture was first posted by one of Yuvraj's many fan pages on social media. 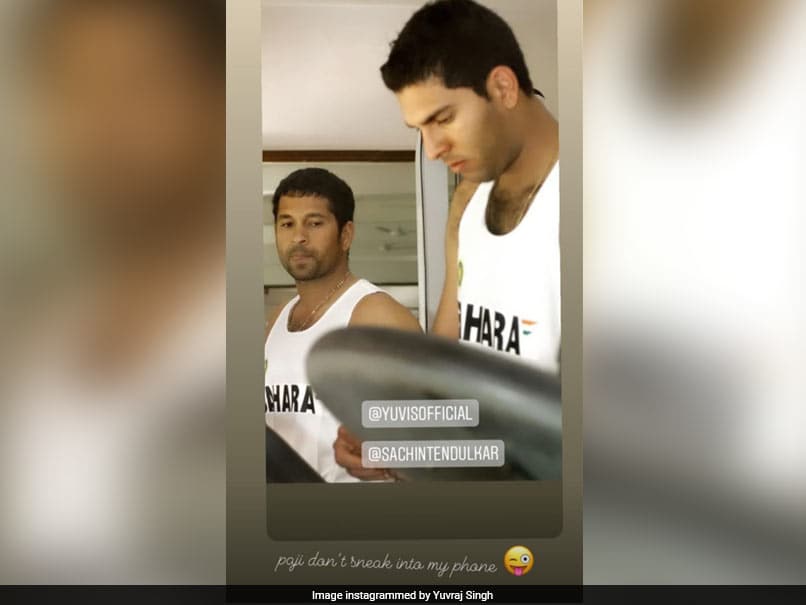 Yuvraj Singh wrote a cheeky caption for the throwback pic with Sachin Tendulkar.

Yuvraj and Tendulkar were part of Team India for a better part of the early 2000s until Tendulkar's retirement in 2013.

Yuvraj, who retired from international cricket last year, finished with 1900 runs in Tests and 8701 runs in One-day Internationals in a career that spanned nearly 17 years.

He also played 58 Twenty20 Internationals for India and scored 1177 runs that included six sixes in an over off England's Stuart Broad in the 2007 T20 World Cup. Yuvraj holds the record for the fastest 50 in T20Is, off just 12 balls, achieved in the same match against England.

Yuvraj and Tendulkar were part of the Indian team that made the final of the 2003 ICC World Cup and the team that won the 2011 World Cup.

Tendulkar finished his career as the leading scorer in Tests and ODIs and also the cricketer with most centuries in both formats.

Tendulkar has also played more Tests and ODIs than any other player in the world - 200 Tests and 463 ODIs.