Yuvraj Singh will be doing a live social media show with Manchester United's Marcus Rashford but Kevin Pietersen would prefer a Chelsea star. 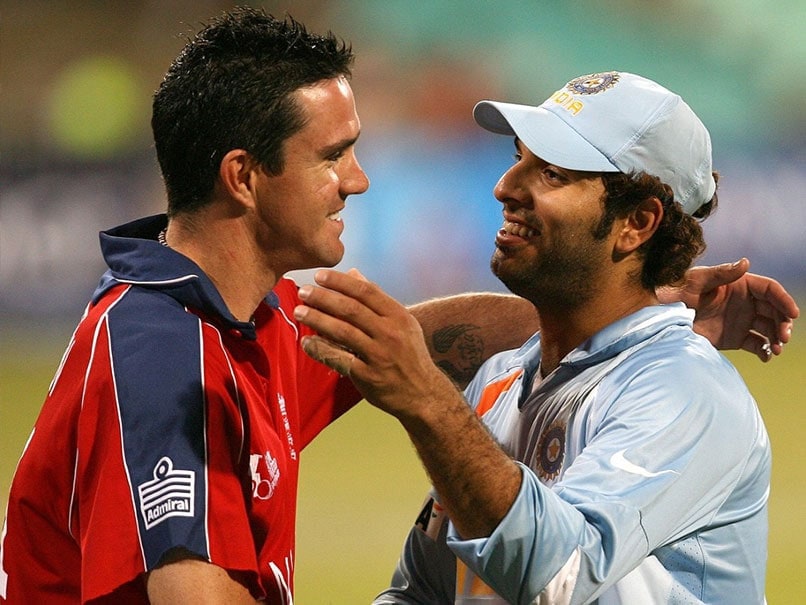 Yuvraj Singh, former India all-rounder, took to Instagram on Friday to share a post, revealing that he will go live on Facebook with Manchester United star striker Marcus Rashford on Saturday. While fans flooded the comments section, former England batsman Kevin Pietersen took this as an opportunity to remind Yuvraj about his favourite Premier League team; Chelsea and said that he has "no interest" in the live session. "No interest mate. A Chelsea player and I'd be all over it," Pietersen commented.

Yuvraj, continuing the banter with Pietersen, teased Pietersen and said that he will ask Marcus Rashford about the number of times Manchester United have beaten Chelsea.

"If you did not have any interest u would not be commenting! Don't worry will surely talk about how many times we beat Chelsea in the last season ;)," Yuvraj replied to Pietersen's comment. 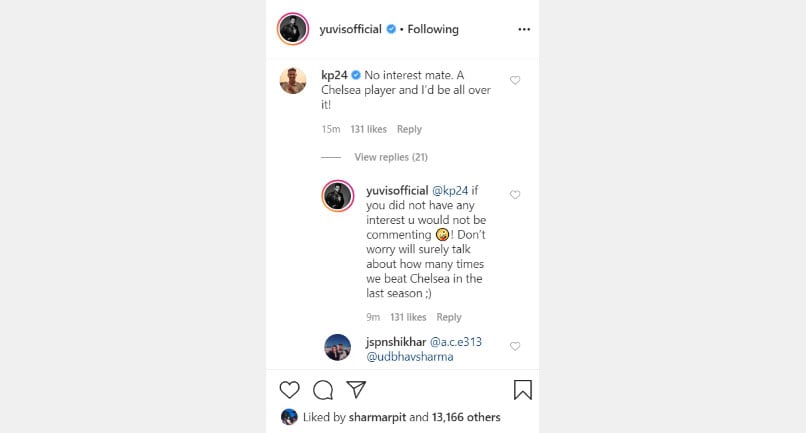 Both Yuvraj and Pietersen often pull each other's leg on social media.

After the loss, Yuvraj took to Twitter to let his support for Manchester United known and said "Tough times don't last! Tough men do!!! @ManUtd."

Pietersen, who supports Chelsea, was quick to poke fun at Yuvraj and said "No one in Manchester is tough!"

Last month, Yuvraj and Pietersen went live on Instagram and the former India all-rounder said that one of his email IDs still has the word ''pie chucker'' in it.

During their playing days, Pietersen had famously referred to Yuvraj as "pie chucker" for the left-hander's bowling style.

Chelsea Marcus Rashford
Get the latest updates on T20 World Cup, check out the T20 World Cup Schedule and Live Score . Like us on Facebook or follow us on Twitter for more sports updates. You can also download the NDTV Cricket app for Android or iOS.