During their playing days, Kevin Pietersen had famously called Yuvraj Singh a 'pie-chucker' for the bowling style the left-handed batsman possessed. 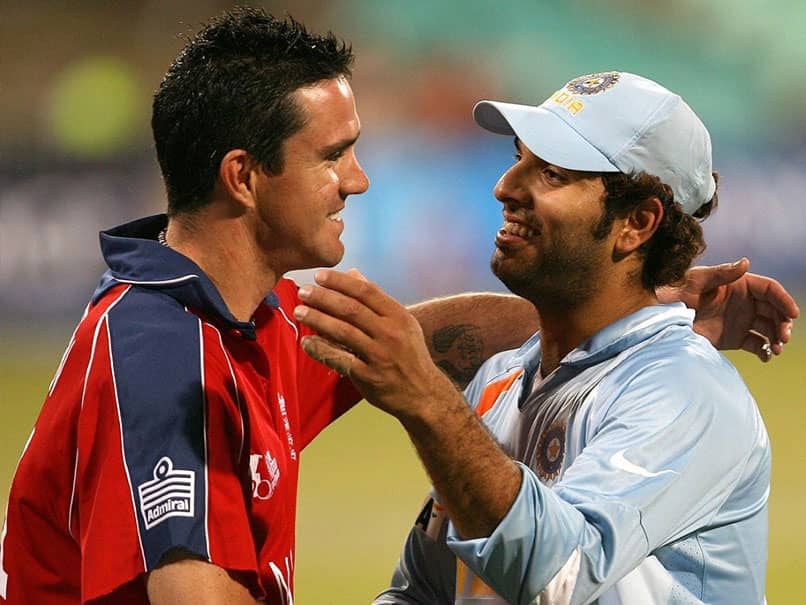 Kevin Pietersen once described Yuvraj Singh as the pie-chucker for his part-time bowling.© AFP

Former India all-rounder Yuvraj Singh on Sunday revealed that one of his email IDs still has the word ''pie chucker'' in it. Yuvraj was doing an Instagram live session with former England batsman Kevin Pietersen. Both the batters decided to talk about Yuvraj's bowling. During their playing days, Pietersen had famously called Yuvraj as a 'pie-chucker' for the bowling style the left-handed batsman possessed.

Talking about the word pie-chucker, Yuvraj told Pietersen, "My email address still has the word ''pie chucker'' in it, I laughed so much when you described me as a pie chucker for my bowling style. I made an email id and included the word pie chucker in that and it is my favourite email address. Sometimes, even my friends go like, hey how are you pie chucker."

"When you know someone hates your bowling and they do not want to get out to you, even if they want to smash you, still they block you. That was the funny part," he added.

The stylish left-hander captured the imagination of world cricket with his gravity-defying fielding abilities and effortless power-hitting.

A career that spanned over 304 ODIs, 58 T20Is and 40 Tests, Yuvraj imprinted his place in the echelons of cricket as a player who could win matches for his side either through his electric fielding, deceiving bowling or fierce batting.

The big events brought out the best in him -- be it his international cricket entry at 2000 ICC Champions Trophy, the mind-numbing batting exhibition at the inaugural 2007 World Twenty20 or the all-round performance at 2011 World Cup.

Yuvraj is renowned for hitting six sixes in an over of Englan's Stuart Broad in the ICC T20 World Cup 2007 and was awarded the Player of the Tournament in India''s 2011 50-over World Cup triumph.