Yusuf Pathan will take part in the Hong Kong Twenty20 League that will be played from March 8 to 12. 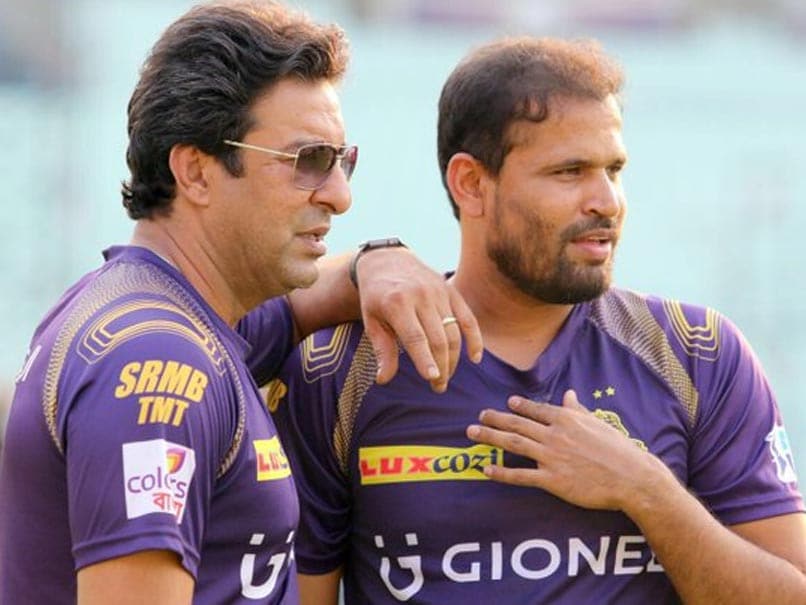 Yusuf Pathan has become the first Indian male cricketer who will take part in a foreign franchise-based Twenty20 league. He will participate in the Hong Kong Twenty20 League, scheduled to be held from March 8 to 12. He feels the league will be ideal preparation for the upcoming edition of the Indian Premier League (IPL). He also thanked the Board of Control for Cricket in India (BCCI) and Baroda Cricket Association (BCA) for allowing him to play in the league.

"I firstly want to thank the BCCI and BCA for giving me the NOC. I am really excited about this venture and I think it will be good preparation for the IPL. That is why I signed for it," Yusuf, who plays for KKR in the IPL, told PTI.

The 34-year-old, who last played for India in 2012, was today unveiled by Kowloon Cantons for the tournament's second edition. His team has also got on board the likes of Pakistan's Shahid Afridi and England pacer Tymal Mills, who was part of the recent series against India.

Yusuf doesn't know much about the players' line-up but is sure that he can learn a lot from the "short and sweet" experience.

"To be honest, I don't know much about players taking part but I have heard there are some big names involved. I am looking forward to meeting them and get maximum out of the tournament.

"Also, since it is a short tournament, my domestic commitments won't be affected and I will be available for the Vijay Hazare Trophy," he said.

He was last seen in action at the Syed Mushtaq Ali Trophy and scored a 35-ball 56 in his last outing against Maharashtra.

Yusuf is known for his big hitting and still holds the record for the fastest fifty in the IPL. He achieved the feat by scoring a 15-ball half century against Sunrisers Hyderabad in the 2014 edition. He also smashed a 37-ball hundred against Mumbai Indians in 2010.

Having last played for India five years ago, Yusuf has still not lost hope of donning the national colours again.

"I still work hard on my game. It is tough to be motivated all the time but I want to play for India again, for my supporters, for my fans. That is the biggest motivation. Hopefully, I will have a good IPL and after that you never know," he added.

Tim Cutler, chief executive of Cricket Hong Hong, too thanked the BCCI for permitting him to play in the league.

"This is amazing news and we are very appreciative of the BCCI in granting this NOC," he said.

"This will go a long way to help the development of the sport in the region and with even more stars still to be announced this is shaping up to be a superb tournament that will be enjoyed by millions across the world," Cutler added.

Comments
Topics mentioned in this article
Yusuf Pathan Cricket
Get the latest updates on IPL Auction 2023 and check out  IPL 2023 and Live Cricket Score. Like us on Facebook or follow us on Twitter for more sports updates. You can also download the NDTV Cricket app for Android or iOS.