The former South African captain retired from all forms of international cricket in May. 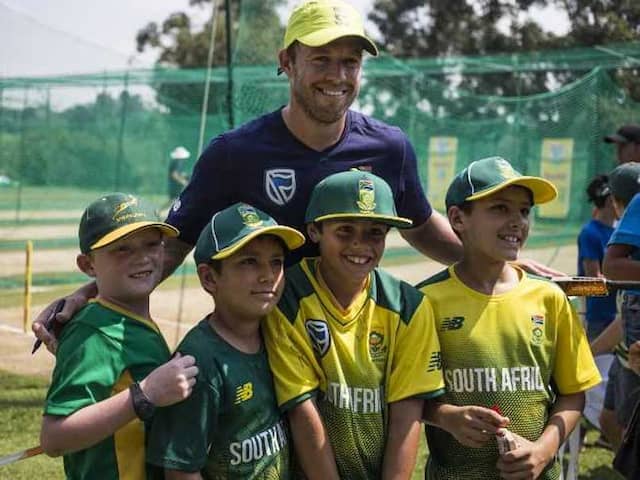 AB de Villiers, who announced his retirement from all formats of international cricket in May this year, said that young players need to make tough choices if they are looking for success. The former South Africa star further added that the players should also work hard, stay focussed and not give in to the pressure while playing at the highest level of the game. "When you enter the public stage, there is a lot of pressure on your shoulders to perform at the highest level every time. Any young player looking to succeed needs to make tough choices, work hard and always stay focussed. Starting a family and recovering from injury, I managed to find a balance," De Villiers told IANS.

"There are a lot of distractions that any player must navigate in their career. It can feel like everyone wants a piece of you when you get closer to the top," the former South Africa captain said.

His mantra in life has been, "To follow your dreams, to be honest and to work hard at whatever you do. Whether you're on the cricket pitch or at home: being true to yourself is the best."

The right-handed batsman also spoke about the nuances of the game that will help the budding cricketers make a name for themselves.

"There are two elements to bear in mind when you take guard - the first is the position of the fielders, so you can try to hit the ball into gaps, and the second is the place where you think the bowler is going to deliver the ball," he said.

"Cricket in its most basic form is a battle between bowler and batsman, and it is always important to try and work out what the bowler will do next, to try and cut down his options by being creative at the crease and ultimately trying to dominate this struggle," De Villiers remarked.