Both India and Australia have already qualified for the semi-finals of the ICC Women's World T20I. 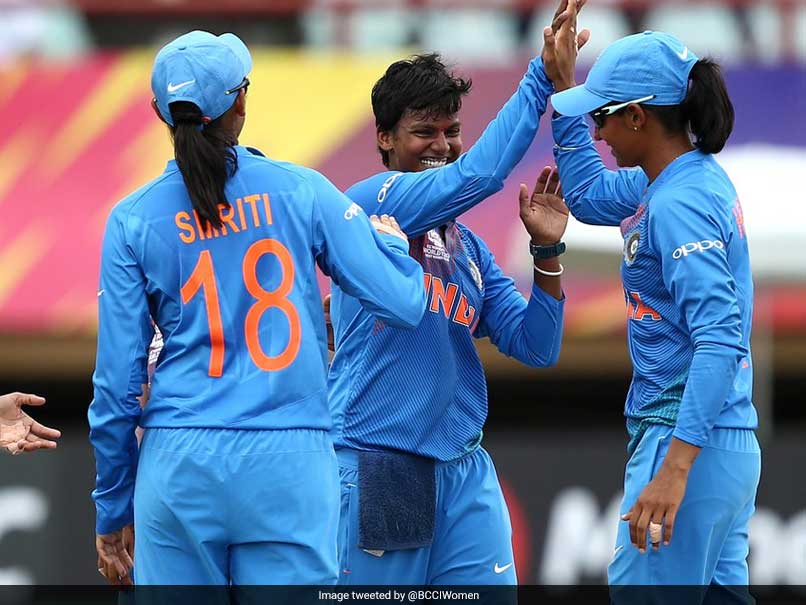 India defeated Ireland on Thursday to qualify for the semi-finals.© Twitter

India will look to finish their final match of the group stage of ICC Women's World T20 against Australia with a win when they meet at the Providence Stadium in Guyana in Saturday. An all-round performance from the team against Ireland, led by veteran Mithali Raj, helped India book a berth in the semi-finals and with momentum behind them, India will now look to finish at the on top of the Group B when they lock horns with one of the toughest opponents of the tournament. After registering an emphatic 52-run win against Ireland on Thursday, Indian women qualified for the semi-final of the ongoing. India have won all three matches in the group so far.

Ahead of the start of the match top-order batsman Smriti Mandhana asserted that the team is looking to continue with their dominant run. Although, the match being a dead rubber - both teams have qualified for the semis - Mandhana said that the mindset of the players has been to win every single match.

"That's what our mindset will be, and to go all out. Before coming into the World T20, Ramesh Powar (coach) had told us that you have to dominate each and every match, so that is the only mindset which we had the last three matches, and I don't think it will change in the next match," icc-cricket.com quoted Mandhana as saying.

Batting trio of Smriti Mandhana, Harmanpreet Kaur and Mithali Raj will once again be in focus and will look to score most of the runs against a tidy Australian bowling line-up. In the bowling department, the team will bank on spin duo of Dayalan Hemalatha and Poonam Yadav (India's top wicket takers) to restrict the Australian batting order.

For Australia, Alyssa Healy, who is currently the top scorer in the tournament with 156 runs, will look to make yet another impression and help the team continue their winning streak ahead of the knockout stages.

Australia Women Smriti Mandhana Mithali Raj Harmanpreet Kaur Providence Stadium, Guyana Cricket
Get the latest updates on IND vs NZ 2021, check out the Schedule and Live Score . Like us on Facebook or follow us on Twitter for more sports updates. You can also download the NDTV Cricket app for Android or iOS.