Women's World T20: India Will Go All Out Against Australia, Says Smriti Mandhana

India have an all-win record in the tournament so far, having beaten New Zealand, Pakistan and Ireland. 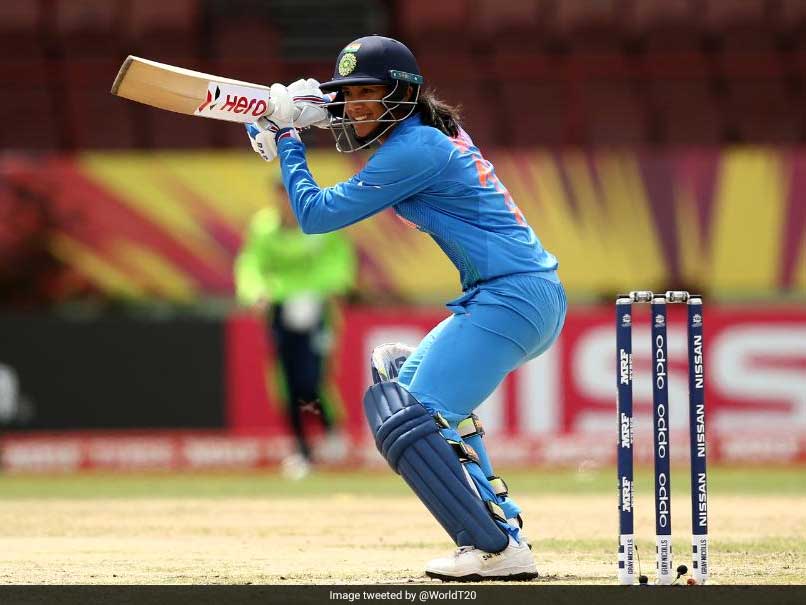 Smriti Mandhana scored 33 off 29 balls in a match against Ireland.© Twitter

India registered their third consecutive victory in the ongoing ICC Women's World T20 when they defeated Ireland in a group B match at the Providence Stadium in Guyana. Ahead of their match against World No.1 Australia, India opener Smriti Mandhana said that India's mindset will remain the same as it was from the beginning, "to dominate each and every match." The Indian opener further added that they will go all out in their last group match against Australia. With the semi-final berth already booked, a young Indian squad, having ticked all the right boxes, will aim to maintain their momentum in the tournament.

"That's what our mindset will be, and to go all out. Before coming into the World T20, Ramesh Powar (coach) had told us that you have to dominate each and every match, so that is the only mindset which we had the last three matches, and I don't think it will change in the next match," icc-cricket.com quoted Mandhana as saying.

India are currently placed second in Group B standings with six points and a win against Australia will push them to the top. However, Mandhana said that they are not looking to top the table.

"I think we will be looking at it as a match only and not just like we need to be on the top of the table of this group," Mandhana added.

India have never won the World T20 in their previous five attempts with their best result being a semi-final appearance in 2009 and 2010.

In their tournament opener, India beat New Zealand by 34 runs and followed it up with a seven-wicket victory against arch-rivals Pakistan. Following that, India beat a deflated Ireland side by 52 runs to reach the semi-finals.

Australia Women Smriti Mandhana Cricket
Get the latest updates on SA vs IND 2021-22, check out the Schedule and Live Score . Like us on Facebook or follow us on Twitter for more sports updates. You can also download the NDTV Cricket app for Android or iOS.