Mithali Raj struck a composed fifty to guide India to a 52-run win against Ireland. 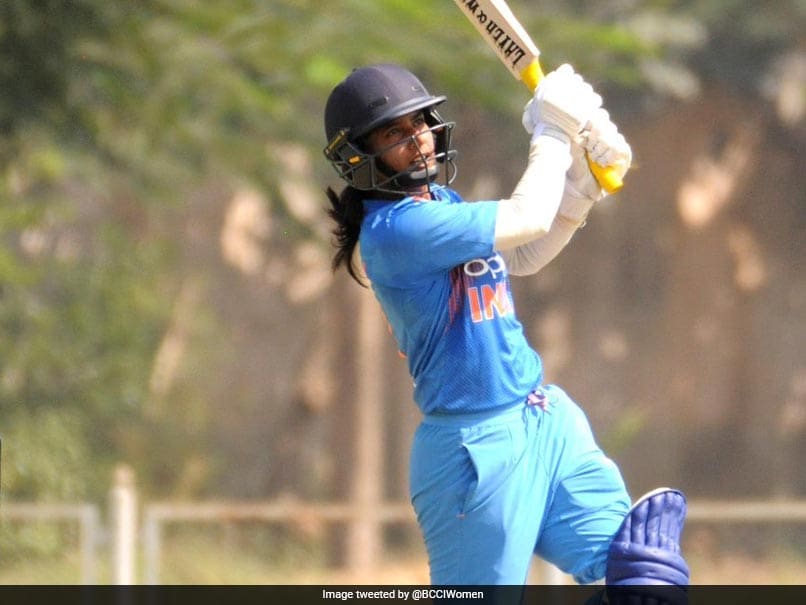 Mithali Raj, who became India's highest run-scorer in T20Is among both male and female cricketers, has set her sights on a maiden title at the ongoing ICC Women's World T20 2018. Mithali struck a composed fifty to guide India to a 52-run win against Ireland women in a Group B match at the Providence Stadium, Guyana, on Thursday. With Smriti Mandhana, Mithali established a 67-run partnership stand for the opening wicket. Put in to bat, India women posted 145/6, a total which was well defended by their bowling unit. Radha Yadav (3/25) led the bowling attack as India restricted Ireland to 93/8 after 20 overs to book a semi-final berth.

"This team has definitely improved a lot from the last World Cup. A lot of young girls in the team and they want to change the approach in T20s, and I definitely want them to win the World Cup," Mithali said at the post-match presentation.

"You are prepared for 2-3 shots for one delivery and you try and innovate your game to suit the format, you only need to clear the infield in the powerplay to get boundaries and it's something I've worked on and I'm sure that I'll keep scoring runs for India," she added.

Having already surpassed India skipper Virat Kohli and vice-captain Rohit Sharma, the 35-year-old went past men's leading T20I run-scorer New Zealand's Martin Guptill as well with the help of a 51-run knock off 56 balls on Thursday.

Guptill leads the men's chart with 2271 T20I runs, while Rohit (2207) and Kohli (2102) rank second and fifth respectively. Mithali, with 2283 T20I runs to her name, is fourth top-scorer among women cricketers. New Zealand batswoman Suzie Bates leads the list of most runs in women T20Is with 2996 runs.

Under the captaincy of Harmanpreet Kaur, India women have been impressive so far in the ongoing World T20. Having won all three matches of the group stage, India will vie for a top spot against Australia in their last group stage clash. The two teams will face-off at the same venue on Saturday.

Captain Harmanpreet also heaped praise on the women's team after qualifying for the semi-finals but immediately added that there's a lot to improve ahead of crucial matches.

"Happy that we have qualified for the semis. There are still a few things that we need to sit down and talk about. It is a short format. Sometimes your main bowler might not have a great day and that is why Jemmy and me bowled," Harmanpreet said.

Asking her girls to be aggressive against the Aussies, she added: "We need to improve on our batting and bowling also. We did not bat according to our plan and the same with our bowling. We have to be aggressive all the time if you have to win against Australia."