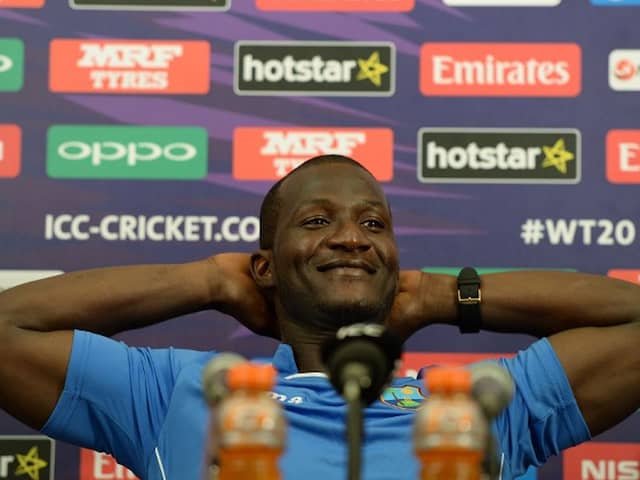 Former Windies captain Darren Sammy was called out by South African spinner Tabraiz Shamsi during the Women's World T20 match between the Windies and South Africa. It was a classic case of counting your chickens before they hatch for Shamsi. The South African wrist spinner posted a video on Twitter during the match, backing the Proteas women to beat their Windies counterpart while chasing a small target. However, South Africa fell well short of the Windies total, giving Sammy the opportunity to turn the tables on Shamsi and savagely troll the South African.

When u celebrate way to earlyhttps://t.co/0iwChMHAuB

Shamsi's confidence in the Proteas women's team was not unfounded with Windies managing to score just 107 for seven in 20 overs after being put into bat.

Shabnim Ismail registered figures of 3 for 12 in her four overs as just three Windies batters managed to get into double figures. Captain Dane van Niekerk did a good job with the ball, taking two wickets for just 8 runs in 3 overs.

With South Africa coasting at 48 for one in 10.5 overs, Shamsi and the entire country would have been hoping for a swift finish to the game. But all that changed very quickly in favour of the Caribbean outfit.

Lizelle Lee fell after a solid knock of 24 but what followed her wicket was complete carnage. South African batters fell like nine pins as Windies captain Stafanie Taylor ran riot with the ball.

Taylor picked up four wickets, giving away just 12 runs in 3.4 overs as South Africa were packed off for 76 in 18.4 overs.

Taylor's heroics and some suicidal running between the wickets saw Windies register, what in the end turned out to be a comfortable win for the Windies.

South Africa's dismal chase saw them lose nine wickets for just 28 runs and that catastrophic batting put them fourth on the points table in Group A.

Windies lead Group A with two wins from as many games (4 points) while South Africa have one win in two matches (2 points).

Darren Sammy Tabraiz Shamsi
Get the latest Cricket news, check out the India cricket schedule, Cricket live score . Like us on Facebook or follow us on Twitter for more sports updates. You can also download the NDTV Cricket app for Android or iOS.