Sana Mir, one of the most prominent Pakistan women cricketers, was excluded from the squad for the Women's T20 World Cup. 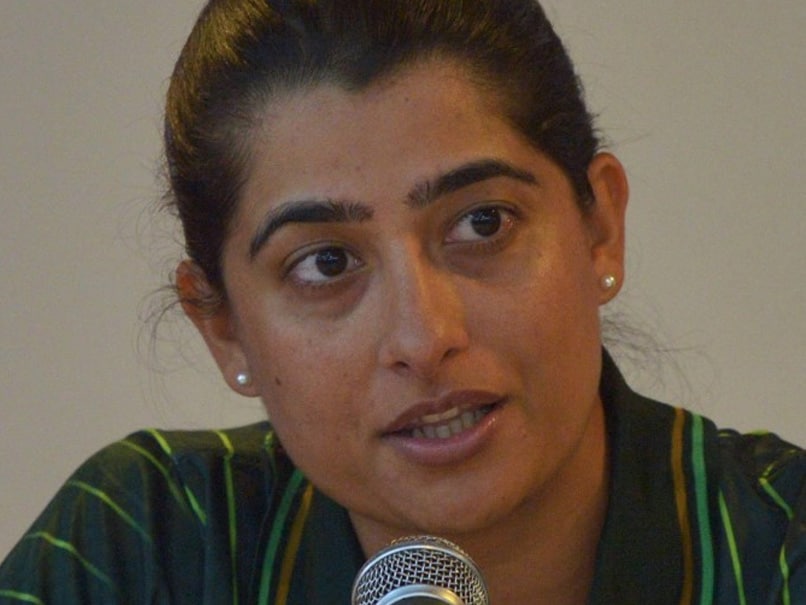 Sana Mir was not included in Pakistan's 15-member squad for the Women's T20 World Cup.© AFP

Former Pakistan captain and veteran cricketer Sana Mir was not included in Pakistan's 15-member squad for the Women's T20 World Cup to be held in Australia from February 21 to March 8. Chief selector Urooj Mumtaz said that it was a challenge to select the team as many had staked their claim but felt that not being part of the squad should be a "motivation for them to comeback more strongly". However, Sana Mir, who has captained Pakistan in both the ICC 50-over and T20 World Cups, didn't appear to be very happy with the news of her axe.

The veteran Pakistani cricketer, who happens to be the most capped woman player from her country, posted a cryptic tweet on her official Twitter handle on Monday.

"Don't blame a clown for acting like a clown. Ask yourself why you keep going to the circus," tweeted Sana Mir.

Don't blame a clown for acting like a clown. Ask yourself why you keep going to the circus.

Urooj Mumtaz said Sana Mir was an inspiration to many girls but defended the decision to drop the off-spinner from Pakistan's T20 World Cup squad by saying that her "recent performances in the T20 format were not on her side".

"Though Sana Mir doesn't feature in the 15-player line-up, I believe we still have the desired experience in the squad. Sana has been a phenomenal servant of Pakistan cricket while being an inspiration to many girls out there. Unfortunately, her recent performances in the T20 format were not on her side," Pakistan women's team chief selector said in a press release.

"Jotting down the squad for the ICC Women's T20 World Cup was a tough task as many players had staked a claim in the side. Although the players who have been left out will be disappointed and heart-broken, this, however, should act as a motivation for them to comeback more strongly," Mumtaz added.

Captain Bismah Maroof said she wanted Sana Mir in the team but in the end had to respect the decision of the "major group".

"It was a tough decision to leave out Sana Mir. I wanted to have her in the squad over which I, along with the selection committee, had deep deliberations. We had to decide between her and the emerging players who had been impressing on all the stages," Maroof said in a media statement.

"I respect and support the decision of the major group and hope she will continue to serve Pakistan women's cricket in future with the same passion and energy."

Sana Mir has played 120 ODIs and 106 T20Is for Pakistan. She has 151 wickets to her name in the 50-over format while she has 89 scalps in the shortest format of the game.

Pakistan Women Sana Mir Cricket
Get the latest updates on Fifa Worldcup 2022 and check out  Fifa World Cup Schedule, Stats and Live Cricket Score. Like us on Facebook or follow us on Twitter for more sports updates. You can also download the NDTV Cricket app for Android or iOS.