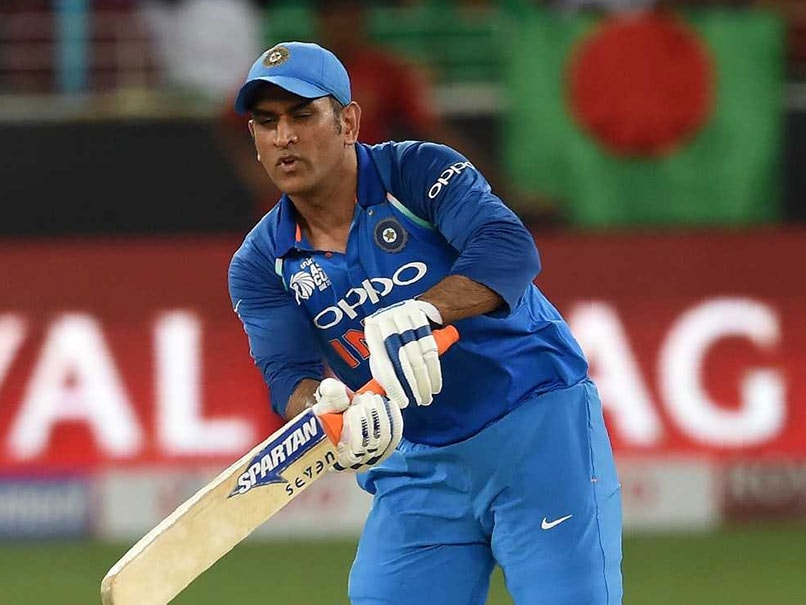 Sana Mir, former captain of Pakistan's T20I and ODI teams, called former Indian cricket team captain MS Dhoni as her favourite Indian cricketer. Speaking on the Voice of Cricket show, Sana Mir took the names of former Pakistan captain Imran Khan and India's wicketkeeper-batsman MS Dhoni. During a rapid-fire round, Sana Mir was quizzedby the host Zainab Abbas about one player she would want to be for a day. She, however, took two names, one of former Pakistan captain Imran Khan and the other was of MS Dhoni.

Mir, a right-arm off-break bowler, on Tuesday had topped the International Cricket Council's (ICC) ODI Women's bowlers' rankings with 663 points, with Australia's Megan Schutt (660 points) and South Africa's Marizzane Kapp (643) trailing her. The Pakistan off-spinner had taken to Twitter to express her joy at this momentous achievement. She wrote, "This is a team effort of support staff and players who have helped me excel." In another tweet, she further added, "I would also like to thank ICC for providing us regular opportunities to play with the big teams through ICC women Championship and to coach Mark Coles, who chose to look at my skill rather than my age."

Alhamdolillah ! Thanks to the Almighty for giving me strength to keep going.

Thanks to my parents,family,friends & mentor for unconditional love.

This is a team effort of support staff and players who have helped me excel. I Thank you ALL from the bottom of my heart https://t.co/2KTxKeHcdO

The 32-year-old was recently part of the Pakistan teamthat took part in the ICC Women's Championship Series. Although Pakistan went down 0-3 to Australia, she performed exceedingly well by picking crucial wickets in all three encounters (3/26, 1/37 and 3/53). Mir, who made her ODI debut back in 2005 against Sri Lanka in Karachi, has represented Pakistan in 112 ODIs and 90 T20I competitions. She has 1558 ODI and 757 T20I runs to her name, with a total of 212 wickets in both the limited-overs format.

India Cricket Team Imran Khan Cricket
Get the latest updates on Fifa Worldcup 2022 and check out  Fifa World Cup Schedule, Stats and Live Cricket Score. Like us on Facebook or follow us on Twitter for more sports updates. You can also download the NDTV Cricket app for Android or iOS.