Mahendra Singh Dhoni, Virat Kohli and not any Pakistani cricketers are idolised by the country's women's cricket team, according to captain Sana Mir. She will relinquish captaincy after the World T20 In the past 11 years, Sana Mir has done her bit to change the perception about women's cricket in Pakistan. And as she prepares to hand over the leadership baton after the World T20, she reveals that Virat Kohli and Mahendra Singh Dhoni are the most popular cricketers in her team. (ICC World T20: Pakistan Team Finally Arrives in India)

"We have come a long way. It (cricket) is considered as a medium for women's empowerment in Pakistan. Now girls want to take up cricket. This team has done a lot to change the perception. There were times it was difficult for women's cricket in Pakistan but now parents come up and tell me that they want their daughters to play cricket," Sana said.

Mir did let out a little secret that Kohli is the most popular cricketer in their women's team, although her personal favourite is Dhoni.

"There are couple of names. If I just talk about my players, I think Virat Kohli is the favourite cricketer. Personally, Dhoni is my favourite player. He has handled himself well on and off the field. He has transformed a team of juniors into an effective unit," Sana said.

She has decided to relinquish captaincy post World T20 and wants to personally supervise a smooth change of guard by continuing as a team member before calling time on her illustrious career. 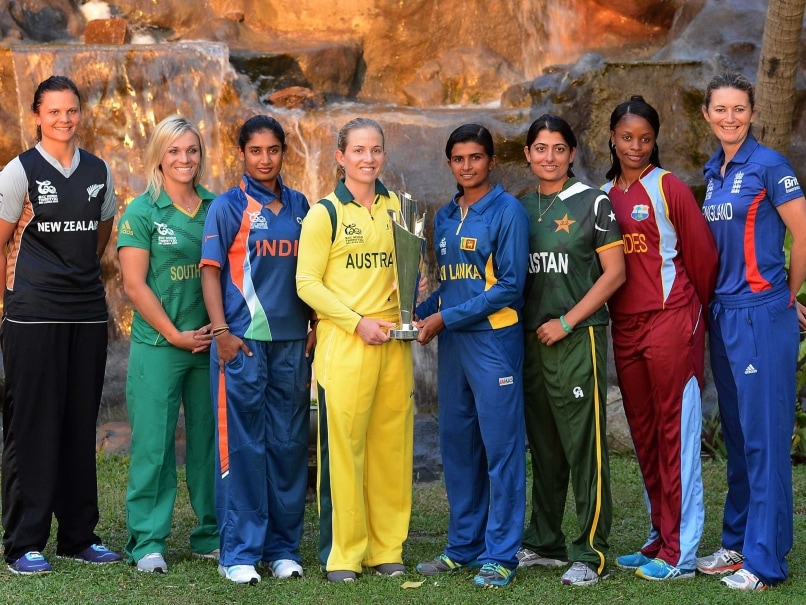 Sana Mir (third from right) has been Pakistan's women's captain since 2009.

"Always there will be somebody. We have been grooming my successor for the past three or four years. Captaining Pakistan was an honour. I think this is the right time for the next captain to take over as we are two years away from the next World T20 and Asian Games. This would be the best time for the new captain to come in and settle down."

'Want to set a trend'

"That is the trend that I would like to set in our country because it is very important that the leadership passes on smoothly. After retirement, I will continue as a player. I will be in the team as a player until the new captain settles down. Jayawardane and Sangakara have shown this and they have been wonderful ambassadors of the game. I think I will be available as a player," Sana said.

Comments
Topics mentioned in this article
Sana Mir MS Dhoni Virat Kohli World T20, 2016 Cricket
Get the latest updates on IPL Auction 2023 and check out  IPL 2023 and Live Cricket Score. Like us on Facebook or follow us on Twitter for more sports updates. You can also download the NDTV Cricket app for Android or iOS.