India will kick-off their campaign at the showpiece event against hosts Australia in Sydney on February 21. 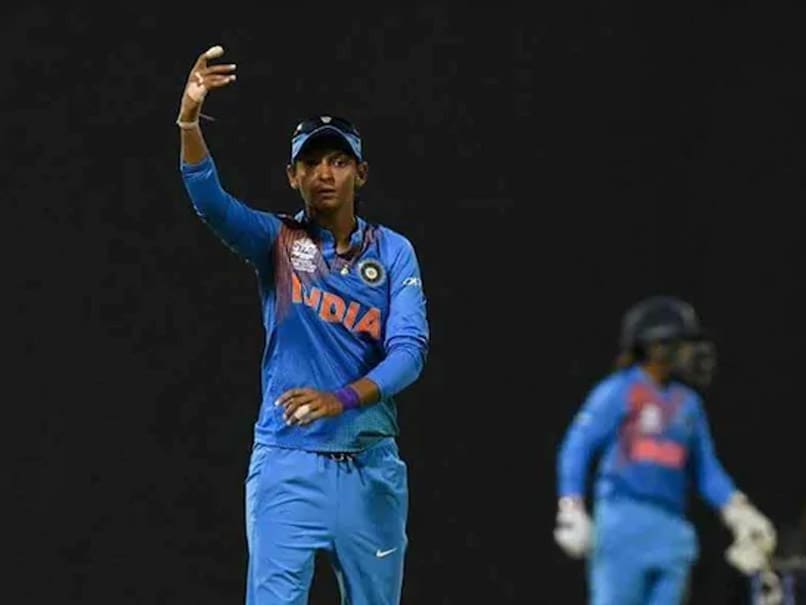 Harmanpreet Kaur will lead India at the T20 World Cup in Australia.© AFP

Bengal's rookie batswoman Richa Ghosh was the only new face in a 15-member Harmanpreet Kaur-led India squad for the ICC Women's T20 World Cup in Australia, starting February 21. The team, announced on Sunday, has no other surprises. The 15-year-old Haryana schoolgirl Shafali Verma will be playing her first global meet following some good performances at the international level in her first season. Richa, 16, has been rewarded for her exploits in the recent women's Challenger Trophy, scoring 36 off 26 balls in one of the games with four boundaries and a six.

"See, in the past one year, we have taken five to six debutants. Earlier, the same team used to play but after the 2017 ODI World Cup, a lot of new prospects have emerged. We feel we have nurtured five or six new players, who are playing now," chairman of women's selection committee Hemlatha Kala told reporters at the press conference.

"Richa Ghosh is a new player and here the role of selectors increases." Source close to the women's team told PTI that Richa has been picked since she can lend solidity to India's middle order.

"Richa was the most impressive player during Challenger trophy. People questioned us when we picked 15 year old Shafali and she repaid the faith and I am pretty certain Richa will be on the same path," the source said.

"While shafali is the X factor at the top, Richa will provide the much needed firepower in the middle order. We had to give her the chance now. Anyway in women's cricket there are not many players to choose from in comparison to the vast talent in men's cricket."

The selectors also announced a 16-member squad for a tri-series in Australia prior to the T20 World Cup, with Nuzhat Parveen being added as the 16th member.

That tournament starts on January 31 and also features England.

Skipper Harmanpreet feels that playing the tri-series before the big event will be advantageous for the team.

"Before the World Cup, this series is going to be a big one for us and we will look for our best combination and with that we will give chances to newcomer also.

"As (Hemlata) ma'am mentioned, we have Richa, who did well in the Challenger Trophy and domestic cricket, so we will stick to our best XI. Before the World Cup, we will be able to decide our best XI," Harmanpreet said.

The skipper has had the experience of playing in the Women's Big Bash League and that will help her plan better.

"I think that experience will definitely help and we know how the wickets are over there and that definitely give us extra boost (over) there," said the skipper, who has played for Sydney Thunders in WBBL.

She also agreed that spinners have been India's strength in bowling and it wouldn't change much on the bouncy Australian tracks.

"We are looking for more spinners in our side and we have got that. Now the only thing is how we are going to use their strengths. They are very good and always give us breakthroughs.

"Our strength is spin and we have to stick to that and whenever we need them they will perform for us," Harmanpreet exuded confidence.

She is well aware that 2019 didn't start off well for them but they picked up the pieces by the end of the year.

"See, it is always about how you execute yourself. We did not execute on what we were expecting from ourselves (in the first half in 2019). But against South Africa and West Indies, we played to our potential and that is the reason we were able to get positive result," she said.

The presence of coach WV Raman and his tactical acumen has also helped the team.

"He is a very experienced cricketer and now he is coaching us. He is someone who always helps us on how to calm ourselves in pressure situations and help each other and he is doing a good job for us and we are happy to have him in the side. His experience will help in the World Cup," she said.

Australia Women Harmanpreet Kaur Cricket
Get the latest updates on ICC Women's Cricket World Cup 2022 and IPL 2022, check out the Schedule , Live Score and IPL Points Table. Like us on Facebook or follow us on Twitter for more sports updates. You can also download the NDTV Cricket app for Android or iOS.