The video made for hilarious viewing with fans applauding Virat Kohli's acting skills. 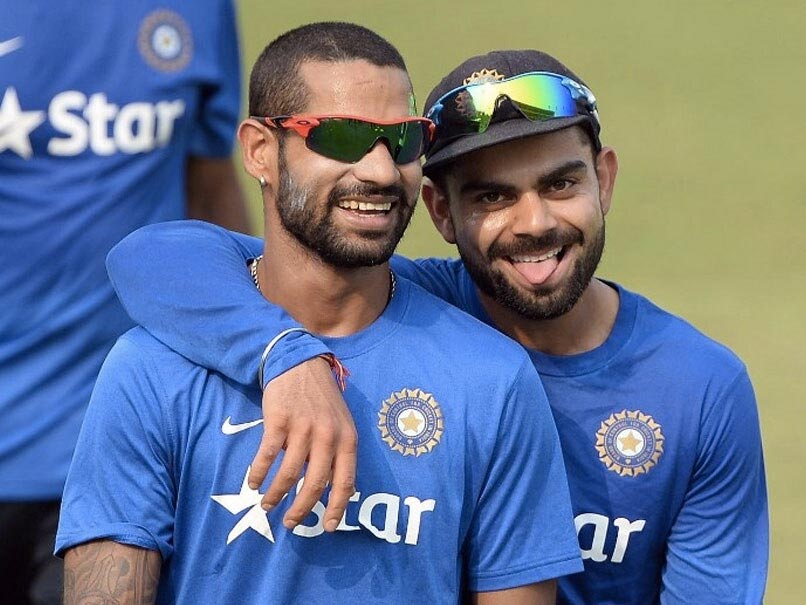 Shikhar Dhawan plays the game with a smile on his face and seems to be a popular character in the Indian team setup. On Monday, India captain Virat Kohli gave him another reason to smile as he mimicked the left-hander's batting quirks, leaving fans on Twitter in complete splits. Sharing a video of him imitating Dhawan's batting style, Kohli said, "I am going to mimic Shikhar Dhawan because I feel he is lost in his space so much that it's very funny and I have seen it many times from the other end."

Kohli then went on to roll up his t-shirt sleeves and copied Dhawan's batting stance before acting out the left-hander's mannerisms of leaving the ball.

The video made for hilarious viewing with fans applauding Kohli's acting skills.

This guy is such a stress buster. Makes sure to bring smile on everyone's faces. Had been a tough day yesterday, but I'm smiling right now. Be it ground, or real life, Virat Kohli is the best in every context.

Like if you think Virat- Dhawan is one of the best pair of Indian Cricket pic.twitter.com/ekpAd3QeiY

That was a good one Captainpic.twitter.com/p6pAm50eEY

Nice acting
You Can do movies also

Lmao, please remain in your own head space and in your own zone. Love it, when you keep doing your stuff without getting affected by anything of outside.

There is a terrific actor in Kohli

The video below is way funnier pic.twitter.com/RcMURGPgfh

While Dhawan is not part of the India squad for the T20 World Cup in the UAE and Oman, Kohli will be leading the national side for the last time in the shortest format.

India's star batter had revealed that the tournament will be his last assignment as T20I captain of the Indian team.

Both teams are placed together in Group 2 of the Super 12 phase, with Afghanistan and New Zealand also in the same group, where two more teams will join from first round.

India will play two warm-up matches before they begin their T20 World Cup campaign. Virat Kohli and his team will take on England in their first warm-up clash today and then face Australia in another warm-up game on Wednesday.