Watch: Hit For Six, Mohammad Amir Dismisses Batter Next Ball And Gives Him A Mouthful In LPL 2021

LPL 2021: Avishka Fernando smacked Mohammad Amir for a six off the first ball of the innings, the left-arm pacer got sweet revenge on the very next ball and didn't forget to give the Sri Lankan a fiery send-off. 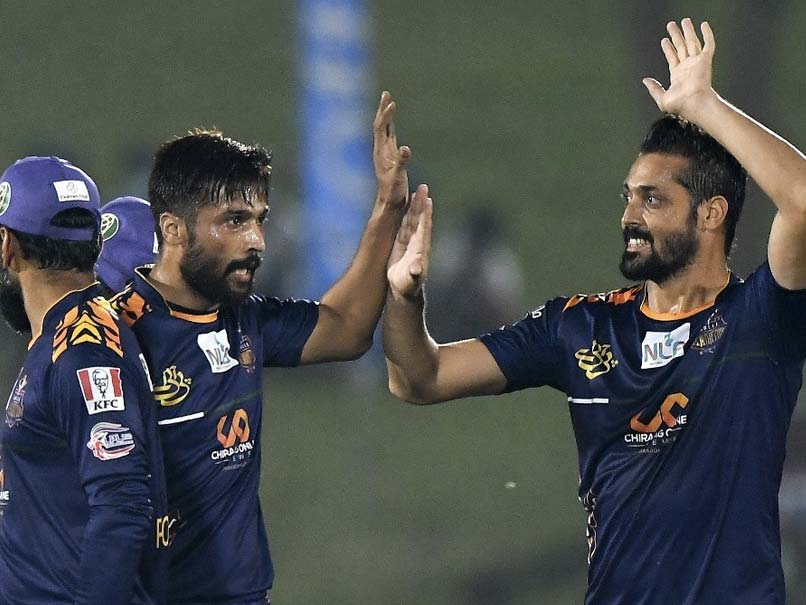 Mohammad Amir is one of the star attractions in the Lanka Premier League, and the fast bowler lived up to his billing on Sunday. In the match between Galle Gladiators and Jaffna Kings in  Hambantota, the Pakistan cricketer had a run in with Sri Lanka star and Jaffna opener Avishka Fernando. Chasing a stiff target of 189, Fernando smacked Amir for a six off the very first ball of the innings. The left-arm pacer came roaring back to clean bowl the Sri Lankan on the very next ball, and didn't forget to give him a expletive-filled send-off.

After being hit for a maximum, Mohammad Amir pitched the ball further up and found the gap between Fernando's bat and pad to castle him.

First ball hit for Six then Clean bowled with an Inswinger @iamamirofficial Aggressionpic.twitter.com/6p2LmWyy6r

Just two batters got into double digits as Jaffna were packed off for a paltry 124 in 16.5 overs, losing the match by 64 runs.

In the batting department, openers Kusal Mendis and Danushka Gunathilaka were the standouts for Galle. Mendis scored 85 off just 53 balls while Gunathilaka hit a 42-ball 55 as the duo forged a 121-run stand for the first wicket.

Jaffna were just as poor with the ball in hand as they were in the chase. Not even a single Jaffna bowler had an economy rate of less than 8 in the match despite having the likes of Suranga Lakmal, Wahab Riaz and Wanindu Hasaranga de Silva in their lineup.

The win helped Galle Gladiators secure their berth in the final of LPL 2021.

Jaffna Kings have another chance of reaching the final and will hope for a better performance when they take on Dambulla Giants in Qualifier 2 later today.

Kusal Mendis Cricket
Get the latest updates on Fifa Worldcup 2022 and check out  Fifa World Cup Schedule, Stats and Live Cricket Score. Like us on Facebook or follow us on Twitter for more sports updates. You can also download the NDTV Cricket app for Android or iOS.