In his post, Tendulkar highlighted the importance of the nation standing behind their team. 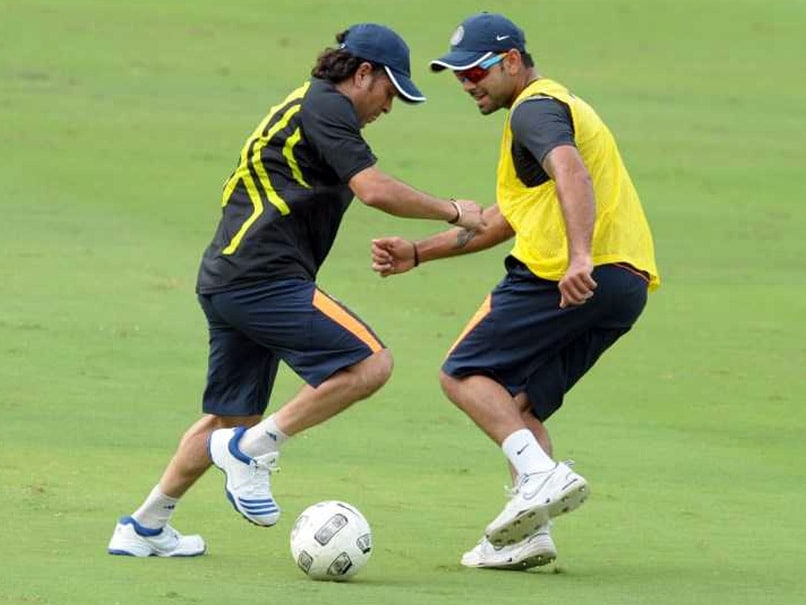 A day after India captain Virat Kohli urged fans to come out and support Indian football, legend Sachin Tendulkar echoed the same sentiments. Tendulkar posted a heartfelt 45-second video on his official Twitter account requesting the Indian fans to come out in numbers to support their athletes. "C'mon India... Let's fill in the stadiums and support our teams wherever and whenever they are playing. @chetrisunil11 @IndianFootball", Tendulkar captioned on Twitter. In his post, Tendulkar highlighted the importance of the nation standing behind their team. "It is really important that all of us stand behind them. Our athletes go through rigorous training sessions to bring laurels to our nation. The dream is to represent the nation and it is India", he said.

C'mon India... Let's fill in the stadiums and support our teams wherever and whenever they are playing. @chetrisunil11 @IndianFootball pic.twitter.com/xoHsTXEkYp

Earlier, Kohlihad asked fans to look at India football skipper Sunil Chhetri's post and make an effort to support football in the country. Chhetri, also in a video message, pleaded to fans across the country to back the Indian football team and to go watch matches in the stadium. Chhetri pleaded with football fans in the country that passionately follow European clubs to "abuse us, criticise us but please come to watch the Indian national team play."

Chhetri's comments came a day after he scored a hat-trick that helped India outclass Chinese Taipei 5-0 in Mumbai in the Intercontinental Cup. However, reports in the Indian media suggested a disastrous turnout for the match with the official figures saying that just 2,569 fans were present at the stadium to watch India's win.

India take on Kenya in their second match on Monday at the Mumbai Football Arena.

India Football Team Sunil Chhetri Cricket
Get the latest updates on ICC T20 Worldcup 2022, check out the Schedule and Live Score. Like us on Facebook or follow us on Twitter for more sports updates. You can also download the NDTV Cricket app for Android or iOS.