Virat Kohli Comes Out In Support Of His "Good Friend", Makes Heartfelt Plea To Fans

Virat Kohli has been a strong supporter of Indian football and on Saturday made an impassioned plea to fans to support his "good friend" Sunil Chhetri. 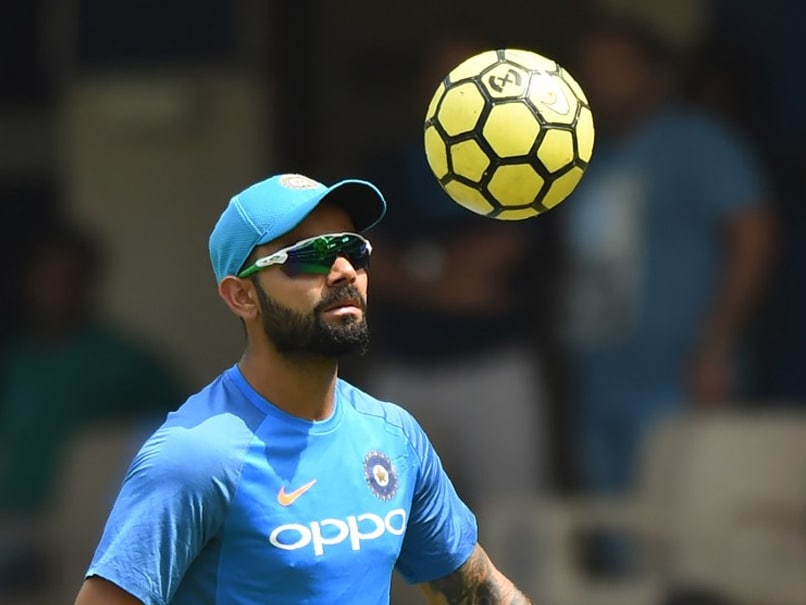 India skipper Virat Kohli took to Twitter on Saturday night and made a heartfelt plea to fans to support the Indian football team. The Indian cricket team captain asked fans to look at India football skipper Sunil Chhetri's post and make an effort to support football in the country. Chhetri, also in a video message, pleaded to fans across the country to back the Indian football team and to go watch matches in the stadium. Chhetri pleaded with football fans in the country that passionately follow European clubs to "abuse us, criticise us but please come to watch the Indian national team play."

Kohli too requested fans to go watch the Indian football team play. The Indian run-machine told fans that the process of going to stadiums and watching live matches would contribute towards creating a sporting culture in the country.

Chhetri too had taken to Twitter earlier in the day and had spoken about the importance of fans backing their team.

Chhetri's comments came a day after he scored a hat-trick that helped India outclass Chinese Taipei 5-0 in Mumbai in the Intercontinental Cup. However, reports in the India media suggested a disastrous turnout fot the match with the official figures saying that just 2,569 fans were present at the stadium to watch India's win.

The Indian football captain's hat-trick helped him achieve a remarkable feat. Chhetri is third on the list of the highest active goalscorers in international football with 59 goals to his name.

He overtook American Clint Dempsey and drew level with Spanish star David Villa on the list. Only Portugal's Cristiano Ronaldo and Argentine genius Lionel Messi are head of the Indian striker.

The Indian football team has seen an upturn in their fortunes off late that has seen the men's team improve their ranking to 97.

India have been drawn in Group A alongside hosts UAE, Thailand and Bahrain.

India Football Team Sunil Chhetri Cricket
Get the latest updates on ICC T20 Worldcup 2022, check out the Schedule and Live Score. Like us on Facebook or follow us on Twitter for more sports updates. You can also download the NDTV Cricket app for Android or iOS.