Yuzvendra Chahal Reveals Why Virat Kohli Inspires Him A Lot

Yuzvendra Chahal has taken 43 ODI wickets in 23 matches and has 35 T20I scalps to his name in 21 matches. 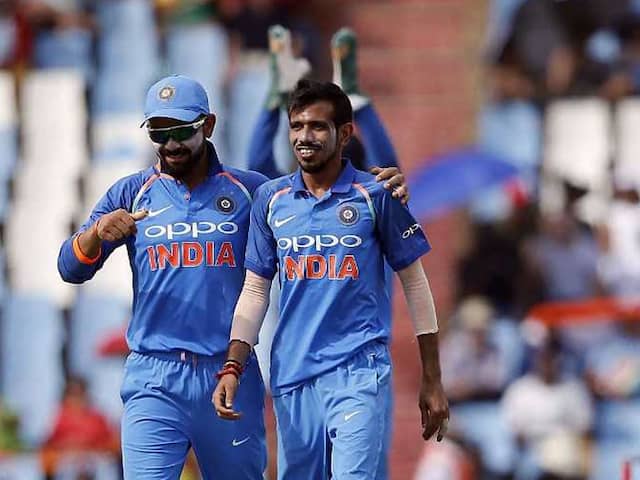 Yuzvendra Chahal made his ODI debut in 2016 against Zimbabwe© AFP

Yuzvendra Chahal is turning out to be one of the key members of the Indian cricket team. His variations with the ball and his subtle changes in pace have earned him accolades and wickets alike since he made his ODI debut in 2016 against Zimbabwe. Of late, his stellar performances with the ball have made him one of the mainstays of the Indian team. Speaking on Gaurav Kapur's chat show, 'Breakfast with Champions', Chahal revealed that India skipper Virat Kohli inspires him a lot. He added that Kohli's fitness regime has made him take his workout routines more religiously. "Virat bhaiya (big brother) inspires me a lot. Both on and off the field, he helps me a lot. He told me that my life has changed and I need to stay fit. Now I know that fitness is important. Even I am feeling better after working out", he said.

Chahal also disclosed the name of his cricketing hero. "Shane Warne was my cricketing hero while growing up. First, my action, during under 14 was similar. In this action, in Haryana under 19, I changed my action in the middle of the match. I ran a little longer and knew there will be less spin and that paid dividends. That turned out to be my best decision. I never overthink in pressure situations because now I am mentally strong", he said.

Chahal added that he is quite close to India opener Rohit Sharma. "He is always there for me. I feel comfortable talking to him", he said.

Chahal has a decent record in limited-overs formats. He has taken 43 ODI wickets in 23 matches and has 35 T20I scalps to his name in 21 matches. He made his T20I debut against Zimbabwe in 2016. In the recently-concluded Indian Premier League (IPL), playing for Royal Challengers Bangalore (RCB), Chahal took 12 wickets in 14 matches at an economy of 7.26.