India Can Make It To Asian Cup Knockouts With Bit Of Luck: Bhaichung Bhutia

Former Indian football team captain Bhaichung Bhutia feels the AFC Asian Cup draw has been favourable to India and with a bit of luck, Sunil Chhetri and Co. can make it to the round of 16 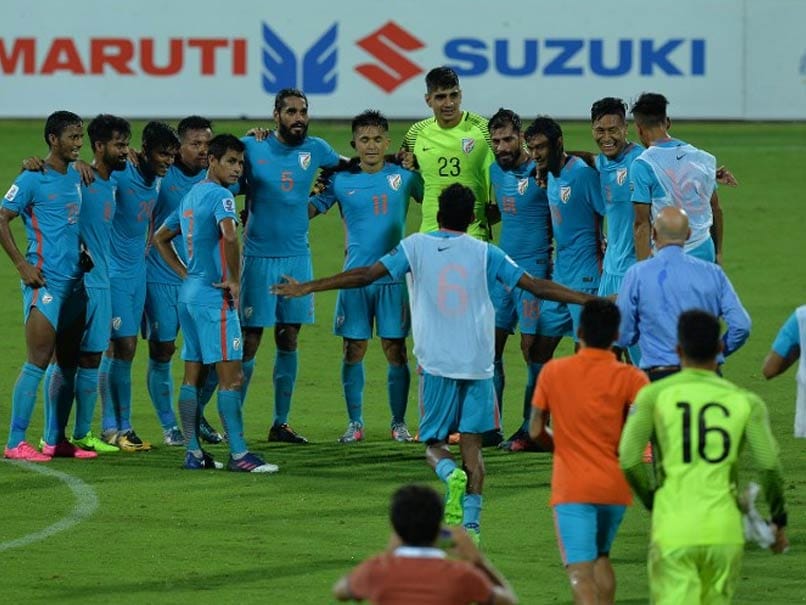 Former Indian football team captain Bhaichung Bhutia feels the AFC Asian Cup draw has been favourable to India and with a bit of luck, Sunil Chhetri and Co. can make it to the round of 16 next year in the United Arab Emirates (UAE). India have been clubbed with Thailand, Bahrain and hosts UAE in Group A. Two teams will qualify for the knockout stages with the four best third-placed teams from six groups also making the cut. "I feel that we can finish among the top two from our group and qualify to the round of 16," Bhutia was quoted as saying by www.the-aiff.com on Tuesday.

"I understand it's not that easy but it's also not impossible. With a fair deal of hard work and a bit of luck, we can achieve it," he added.

Asked about the group, Bhutia said compared to what they got in 2011, the last time India played in the Asian Cup, this looks favourable.

"In international football nothing is easy. But in comparison to the group in Doha 2011 where we were clubbed with the then World Cuppers Australia and the Korea Republic, this looks good, or should I say favourable.

"Not to forget that the other team in our group in 2011 was Bahrain, and they had played the World Cup play-offs from Asia too (for World Cup South Africa 2010)."

Bhutia concluded by saying that India should regularly aim for Asian Cup qualification if they want to improve.

"It's very important for Indian football to qualify for the Asian Cup on a regular basis," he said.

"It is the biggest tournament for us - the Continental Championship. That's the platform where we get to play against the best Asian players who play all over the world. Such tournaments come as a learning curve and is a huge publicity for Indian football."

Comments
Topics mentioned in this article
India Football Team Football
Get the latest updates on IPL 2020, check out the IPL Schedule for 2020 and Indian Premier League (IPL) Cricket live score . Like us on Facebook or follow us on Twitter for more sports updates. You can also download the NDTV Cricket app for Android or iOS.