Wasim Jaffer reached the landmark while playing for Vidarbha against Baroda. 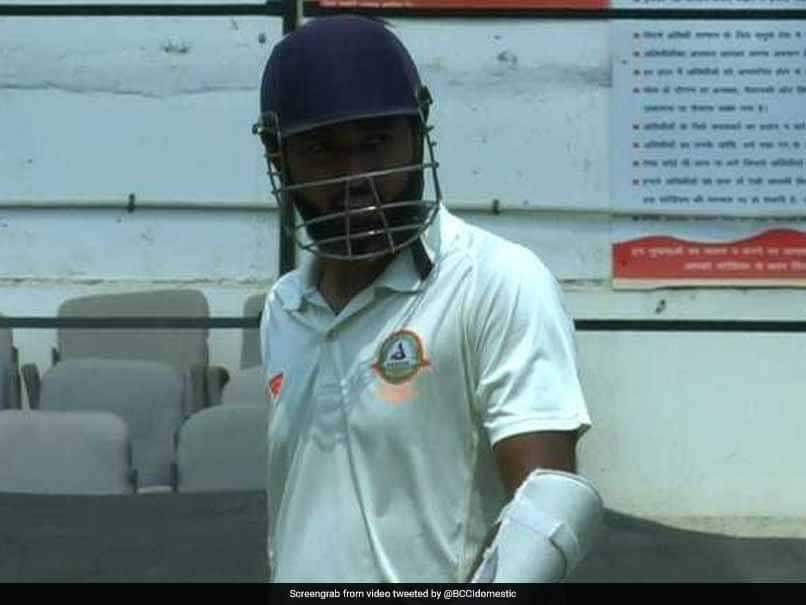 Veteran batsman Wasim Jaffer on Tuesday achieved a feat that no other player has done before. In a Round 3, Elite Group A Ranji Trophy match between Vidarbha and Baroda, Wasim Jaffer (11,056*) became the first player to reach the 11,000 run-mark in Ranji Trophy. He achieved the landmark when he on 97 on the second day of the Round 3, Elite Group A match. The second best in the list is Amol Muzumdar with 9,202 runs under his belt. Vidarbha opting to bat, lost opener Sanjay Ramaswamy for 3 Lukman Meriwala struck early for Baroda. However, Jaffer and Vidarbha captain Faiz Fazal steadied their innings. Fazal (151) and Jaffer strung together a mammoth 300-run partnership to motor Vidarbha's innings forward.

Jaffer, however, was run-out shortly after he reached the 150-run mark. Jaffer also became the first batsman in Ranji Trophy to go past the 10,000-run mark.

Apart from Fazal and Jaffer, Akshay Wadkar scored 102 runs off 156 runs for Vidarbha.

In the list of highest run-getters in Ranji Trophy, Devendra Bundela is placed third with 9,201 runs. Mithun Manhas follows him with 8,554 runs and Hrishikesh Kanitkar is placed fifth with 8,059 runs.

Earlier this year, during Irani Cup, Jaffer had become the first Indian and the oldest Asian, at 40, to register a 250-plus score in a first-class inning.

The Vidarbha batsman had also become the fifth Indian batsman to score a double century at the age of 40.

Jaffer is placed eighth on the list of most first-class hundreds with 53, as Gavaskar leads the list with 81 centuries.

Comments
Topics mentioned in this article
Cricket Wasim Jaffer
Get the latest updates on IPL 2021, check out the IPL 2021 Schedule and Indian Premier League Live Score . Like us on Facebook or follow us on Twitter for more sports updates. You can also download the NDTV Cricket app for Android or iOS.