Jaffer also became the first Indian and the oldest Asian, at 40, to register a 250-plus score in a first-class innings. 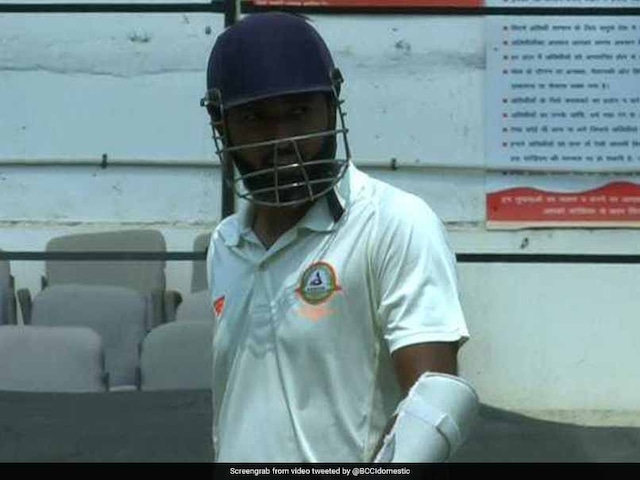 Wasim Jaffer's run-scoring prowess in the domestic circuit is far from coming to an end. A veteran of the game, Jaffer on Thursday, achieved a major landmark during the second day of Irani Cup match between Vidarbha and Rest of India. The right-handed batsman surpassed the 18,000-run mark to become the sixth Indian to feature on the coveted list. Not only this, Jaffer also became the first Indian and the oldest Asian, at 40, to register a 250-plus score in a first-class innings. By doing so, he is placed sixth on the list of India's all-time leading first-class scorers. Former India captain Sunil Gavaskar, who has 25834 runs under his belt, leads the list. The Vidarbha batsman also became the fifth Indian batsman to score a double century at the age of 40.

Jaffer steadied the innings after captain Faiz Fazal and Sanjay Ramaswamy was dismissed on Day 1. Jaffer, who made his first-class debut in 1996-97, also surpassed cricket greats Dilip Vengsarkar (17868) and GR Viswanath (17970).

The 40-year-old player is also the second cricketer behind GR Viswanath to score six consecutive half-centuries in Irani Cup.

Really good to see Wasim Jaffer score another with so much ease. Its also great to see him so committed even at this stage of his career. #inspiration

Congratulations Wasim Jaffer 200 not out and 18000 first class runs and still going strong.. he should have played for bit longer for Team India #perfectplayer #Topplayer Vidrabha vs rest of india #iranitrophy @BCCIdomestic @BCCI

With every boundary, Jaffer went on to break records. He also registered the highest individual score in Irani Cup history going past Murali Vijay's 266.

At stumps on Day2, Jaffer was unbeaten on 285 runs, including 34 boundaries and one six.

Jaffer is eight on the list of most first-class hundreds with 53, as Gavaskar and Tendulkar lead the list with 81 centuries.