England pulled off one of the most memorable wins in Test cricket when they beat New Zealand by five wickets in the second Test at Trent Bridge to take a decisive 2-0 lead in the three-match series. 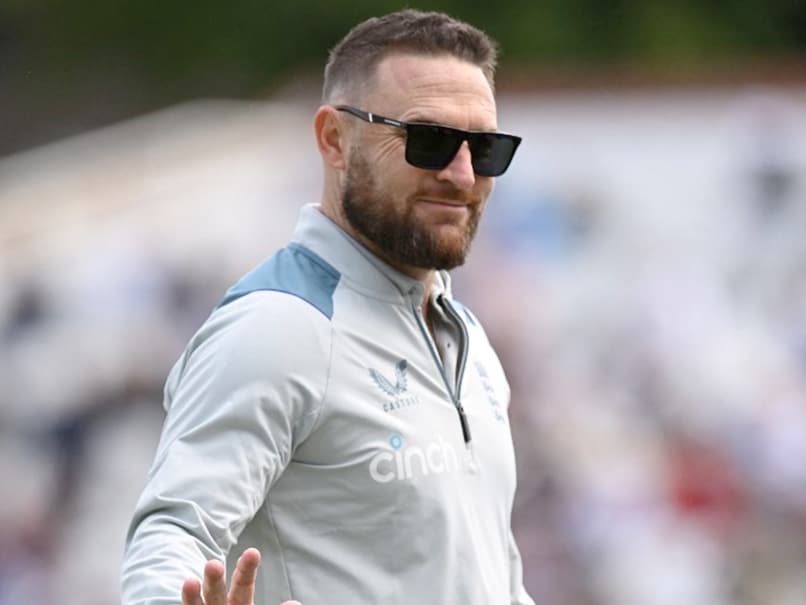 England pulled off one of the most memorable wins in Test cricket when they beat New Zealand by five wickets in the second Test at Trent Bridge to take a decisive 2-0 lead in the three-match series. Remarkably, the hosts chased down a challenging total of 299 on the final day to win in Nottingham after dismissing the visitors for 284 in their second innings. It was a sign of the positive attitude and aggressive intent that the English team has decided to adopt under under the new regime of Ben Stokes and Brendon McCullum. England Test wicketkeeper has now spoken about McCullum's 'Braveheart-style' team talk during during the tea break on the final day of the Trent Bridge Test.

"Baz's team talk at tea - it was like William Wallace!" Foakes was quoted as saying by ESPNcricinfo. "After he was done, everyone was desperate to get out there.

"The traditional Test approach in that situation would be 'see how it goes, see how many wickets we've got left, then if the situation isn't there, do we shut up shop?' He was like, 'Nah, we're not doing that. We're winning this game. If we don't, so be it - we've done it the right way. It doesn't matter if we don't win this game.' And it took the pressure off."

"I had a few questions and didn't want to be too indecisive and not know how I am meant to be playing. [McCullum] has been really clear with the doubts I had and it was good for me to be open with him," he added.

"It has changed the way I look at Test cricket," Foakes says. "With playing for England, there are obviously a lot of pressures, a lot of criticisms and things like that. If you think about that too much, it weighs on you. But over the last two weeks, it's clear to see the positives and how amazing playing for England can be. Baz and Stokesy, the way they are, promote that."

Prior to the ongoing Test series against New Zealand, England had failed to win any of their previous five Test series, winning just one match from 17.

Just a year ago, England, under the guidance of then coach Chris Silverwood, settled for a draw after refusing to take on a target of 273 in 75 overs against New Zealand.

But, fired by Jonny Bairstow's brilliant 136 off just 92 balls and stirring words from McCullum, England smashed their way to victory in Nottingham.

The third and final Test starts on Thursday at Headingley in Leeds.

Brendon McCullum Cricket
Get the latest updates on IPL Auction 2023 and check out  IPL 2023 and Live Cricket Score. Like us on Facebook or follow us on Twitter for more sports updates. You can also download the NDTV Cricket app for Android or iOS.