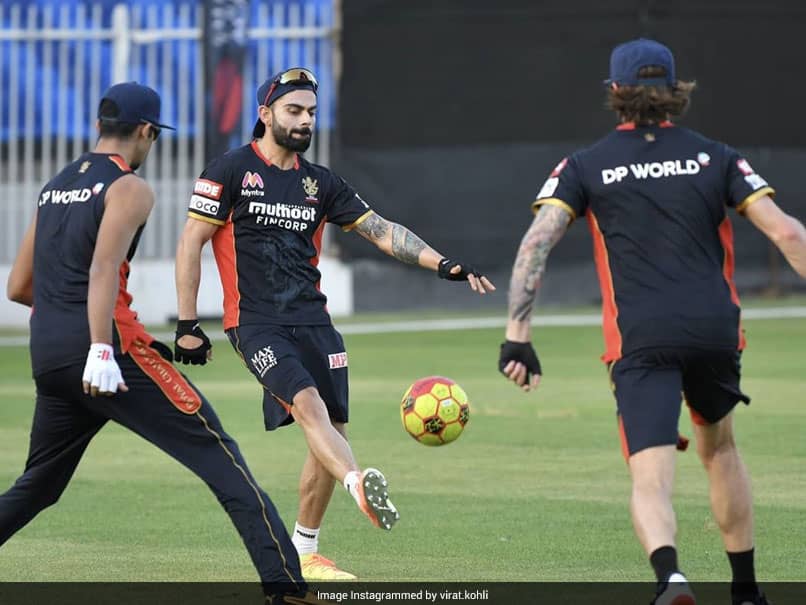 Virat Kohli playing football with his RCB teammates during a practice session in Dubai.© Instagram

Virat Kohli's batting style has many admirers across globe, who love the way the Indian skipper goes about his business on a cricket field. Some like Kohli's batting technique, while others like his determination to succeed and make his team win from any situation. The Royal Challengers Bangalore (RCB) skipper is used to getting all these praises, but he never expected he would be getting a compliment for his far lesser-known talent i.e., playing football, that too from none other than Harry Kane who is one of the best strikers in the Premier League. Like many cricketers, Kohli also likes playing football before starting his cricket training and he had shared a few pictures of the practice session on Instagram.

In one of the pictures that showed Kohli controlling a football caught the attention of Tottenham Hotspur forward who was impressed with the "nice technique" of star Indian cricketer. Praising Kohli's skills, the England striker commented: "Nice technique right there". 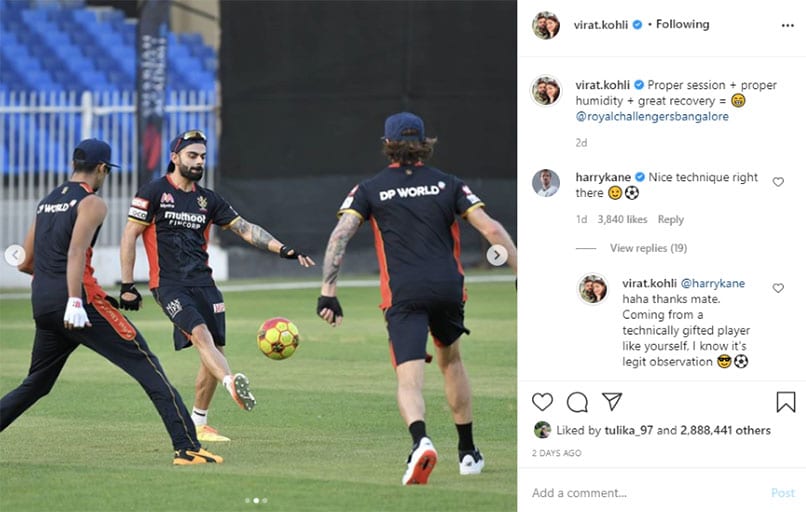 Kohli and Kane met during the 50-over World Cup in England last year and even played some cricket together. While this time Kohli has received a praise from Kane, back then it was the England striker who had impressed the Indian skipper with his pace and bowling action.

After their meeting, Kohli was full of praise for Kane and had said that England forward is a "much better at cricket than I am at football".

Both Kohli and Kane are the talismans of their respective clubs and countries. While Kohli will be next seen in action playing for his Indian Premier League (IPL) franchise RCB in the UAE, Kane is all set to feature in England's UEFA Nations League clash against Iceland on Saturday.

England Football Cricket IPL 2020
Get the latest updates on India vs England Series, India vs England , live score and IPL 2021 Auction . Like us on Facebook or follow us on Twitter for more sports updates. You can also download the NDTV Cricket app for Android or iOS.