India captain Virat Kohli and his wife Anushka Sharma were blessed with a baby girl on Monday, Kohli announced on social media. 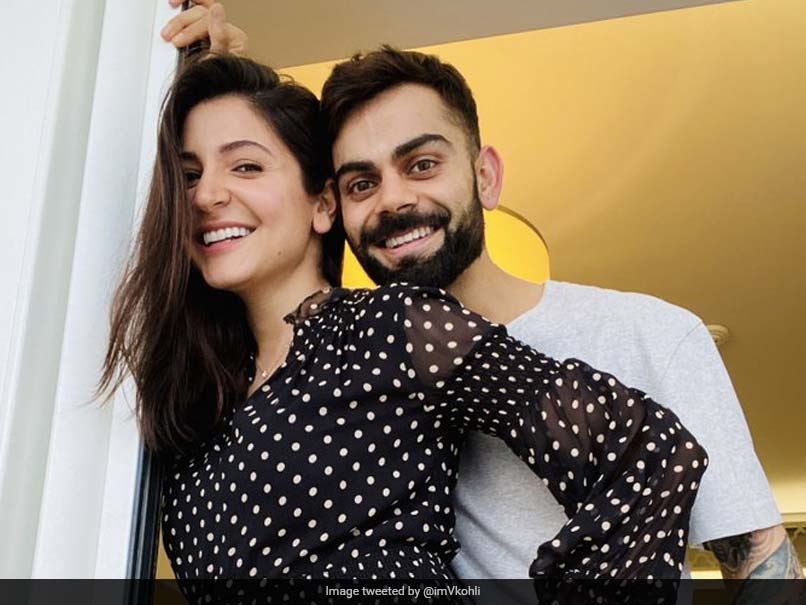 India captain Virat Kohli and his wife Anushka Sharma were blessed with a baby girl on Monday.© Virat Kohli/Twitter

Virat Kohli and Anushka Sharma were blessed with a baby girl on Monday afternoon, Kohli said in a message on social media. "We are thrilled to share with you that we have been blessed with a baby girl this afternoon. We thank you for all the love, prayer and good wishes. Anushka and the baby are both healthy and we are feeling beyond blessed to start this new chapter of our lives. We hope that you will respect our privacy at this time," wrote Kohli in a message on Twitter.

Kohli had announced in August 2020 that he and Anushka were expecting their first child in January 2021.

The Indian captain had been granted paternity leave by the Board of Control for Cricket in India (BCCI) to return home after the conclusion on the first Test against Australia in the ongoing 2020-21 tour.

Kohli returned to India in late November 2020 after the Adelaide Test.

Kohli and Anushka tied the knot in November 2017 after a long courtship and the 32-year-old cricketer's actor wife has been a frequent appearance at cricket games featuring Kohli – for India as well as Kohli's Indian Premier League (IPL) team Royal Challengers Bangalore.

Wishes poured in from all over the world for the couple with sportspersons Saina Nehwal, Irfan Pathan, and Alexandra Hartley among the first ones to post their messages of congratulations on Twitter.

"Congratulations @imVkohli and @AnushkaSharma on the birth of your daughter. Lots of love to the little one," wrote Kohli's India and Delhi teammate Shikhar Dhawan.