Virat Kohli held a meeting with the Indian team before leaving Australia on Tuesday, a BCCI source told ANI. 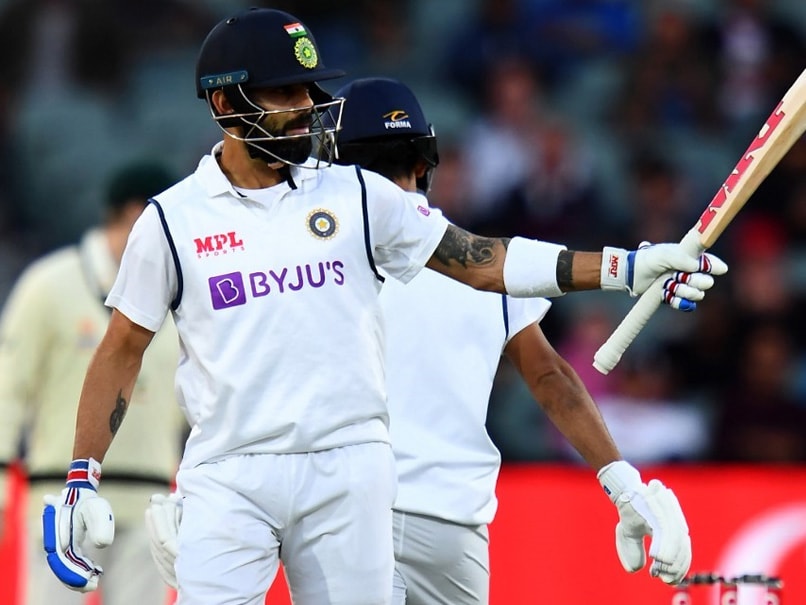 India skipper Virat Kohli left Australian shores on Tuesday morning having handed over the mantle of captaining the Test team in the remaining three games to Ajinkya Rahane. As Kohli and Anushka Sharma are expecting their first child, the batsman requested the Board of Control for Cricket in India (BCCI) for paternity leave. The BCCI obliged and Kohli was set to play only the pink-ball Test. Speaking to ANI, sources in the know of developments in the team said that Kohli left for India this morning after having had a meeting with his teammates and boosted their morale after what was a demoralising loss to Tim Paine's boys in the first game of the four-match Test series.

Being bundled out for just 36 in the second innings of the Adelaide Test saw fans and critics lash out at the Indian team, but skipper Kohli wants the team to move forward and look at what lies ahead.

"Kohli has left Australia today morning. He had a word with the whole unit before leaving and the idea was to boost the confidence of the boys and keep them positive. He officially handed over the mantle of captaincy to Rahane and asked the team to keep showing intent and express themselves on the pitch. With Rohit Sharma set to join the squad only after the second game, Rahane's role becomes all the more important in guiding the youngsters," the source said.

Rohit, meanwhile, is quarantining in Sydney and there has been no talks around moving him from the city after the fresh outbreak of COVID-19 cases. A BCCI official confirmed that while Rohit shall continue to undergo quarantine in Sydney, the Indian board and the team management is constantly in touch with the limited-overs deputy.

"He does not need to move from Sydney. He is safe and is in a bio-secure environment undergoing quarantine. While he is alone in his room, the Indian board as well as the team management is constantly in touch with him. If there was any emergency or if we felt that he needed to get out of Sydney, we would. But for now, he is completely safe there," the official told ANI.

Asked about the endurance programme that Rohit was handed by the physio when he left for Australia, after completing his rehabilitation at the National Cricket Academy, the official said: "He is being monitored by the physios and he is doing his regular endurance work in his room. It is all about keeping fit and ready for action when it comes to hitting the ground running."