Australia vs India, 1st Test: Getting Bowled Out For 36 Is Going To Create Headaches For Visitors, Feels Josh Hazlewood

Australia vs India: The second Test match will begin on December 26 at the Melbourne Cricket Ground, and the hosts lead 1-0 in the four-match series. 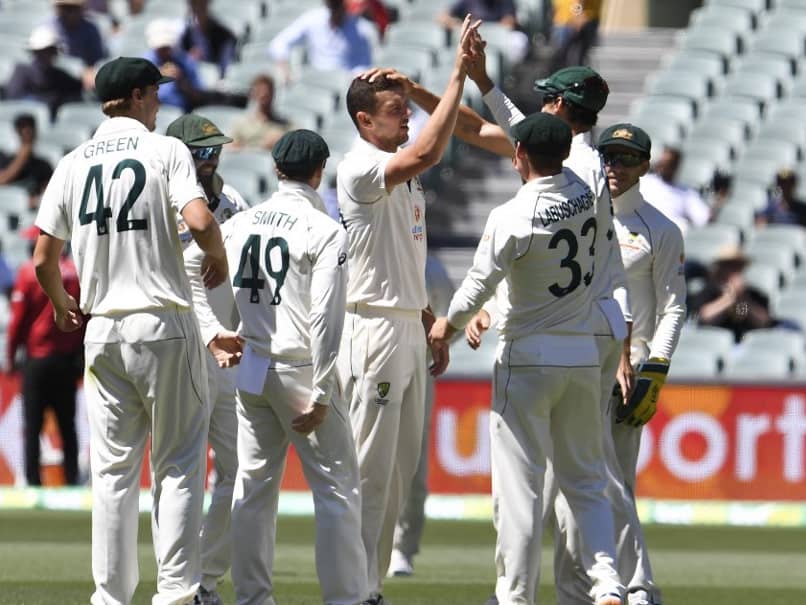 Australia vs India: Josh Hazlewood celebrates a dismissal during the 1st Test.© AFP

India will feel the aftershocks of crumbing to their lowest Test total of 36 heading into the remainder of the four-match series against Australia, Adelaide Oval's wrecker-in-chief Josh Hazlewood said Saturday. Virat Kohli leaving for paternity leave from the second Test will also add to the visitors' woes, according to Hazlewood, who snared five wickets in a mere 25 balls to help his team post an eight-wicket win in the opening Day/Night Test and take a 1-0 lead in the rubber. "Getting bowled out for 36 is going to leave a few headaches here and there and their best batter (Virat) is leaving as well, it is going to leave a bit of whole," Hazlewood said at the post-match press conference.

Kohli's absence is also an opportunity for others to prove their mettle after the forgettable outing at the Adelaide Oval. "...But they have got plenty of class batters on the side-lines to come in, not of Virat's class. But in terms of the series, it is great to be one up, it is better than being one-down, as we found out last time," he added.

It was in the company of pace colleague Pat Cummins that Hazlewood scripted one of their biggest wins in recent times. The pacer though cautioned his teammates that the win is history now and they must look forward to the coming matches. "It is probably a fresh start to a degree for the batters and bowlers, and they have a player coming for Virat and they have got some class players on the bench to be honest, so good players are going to come in and we will have some plans for (them) no doubt," he said.

Mohammed Shami was taken to a hospital for scans after being hit on the hands and Hazlewood said the visitors will have to dig deep into their reserves if the India pacer is ruled out of the second Test.

"It is obviously a blow, we don't know how bad it is yet, we will wait and find out how much damage has been done.

"But he (Shami) is a class bowler and he has shown in this game, so they might have to dig deep in their arsenal to cover him but we probably expect him to play.

"I am not too sure how bad it is, to be honest," he said when asked whether injury to Shami would give the Australians a psychological edge.

Josh Hazlewood Australia vs India 2020-21 Australia vs India, 1st Test Cricket
Get the latest updates on IPL 2021, IPL Points Table , IPL Schedule 2021 , live score . Like us on Facebook or follow us on Twitter for more sports updates. You can also download the NDTV Cricket app for Android or iOS.