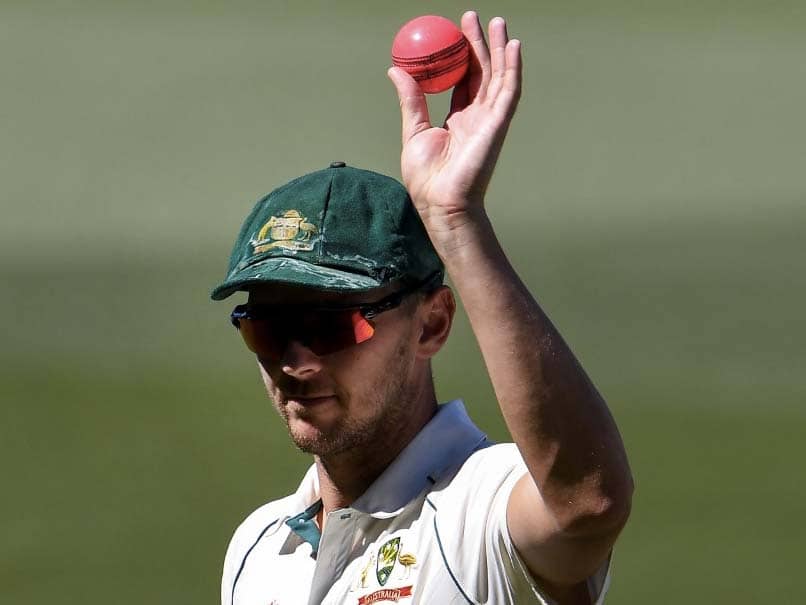 Josh Hazlewood turned the third afternoon of the pink-ball Test into a nightmare for the Indian batsmen.© AFP

Australian pacer Josh Hazlewood not only turned the third afternoon of the pink-ball Test into a nightmare for the Indian batsmen at the Adelaide Oval on Saturday, but also picked his 200th Test wicket in the process. After pace spearhead Pat Cummins had set the perfect platform by dismissing nightwatchman Jasprit Bumrah and Cheteshwar Pujara, Hazlewood wreaked havoc as he sent Mayank Agarwal and Ajinkya Rahane back in one over. With the wickets of Wriddhiman Saha and Ravichandran Ashwin again in a single over, Hazlewood became the 18th Australian bowler to reach 200 Test scalps.

In his next over, the right-handed pacer dismissed Hanuma Vihari to surpass former Australian bowler Jeff Thomson in the wicket-taking tally.

Former spinner Shane Warne is the leading wicket-taker for Australia in the longest format of the game, with 708 scalps under his belt while pink-ball specialist Mitchell Starc is ninth on the list.

Hazlewood is now the 17th highest wicket-taker for Australia in Test cricket with 201 scalps under his belt.

Australia registered an eight-wicket victory on Saturday to take a 1-0 lead in the four-match Test series. Joe Burns hit a career-saving unbeaten 51 while Matthew Wade hit 33 as the two put on 70 for the opening wicket, to extinguish any hopes India had of staging a fightback.

This was India's lowest-ever score in Test history as the team's earlier lowest score was the 42, they had registered against England in 1974.