Fiery spells from Josh Hazlewood and Pat Cummins saw the Indian batting collapse dramatically on Day 3 of the first Test in Adelaide on Saturday. 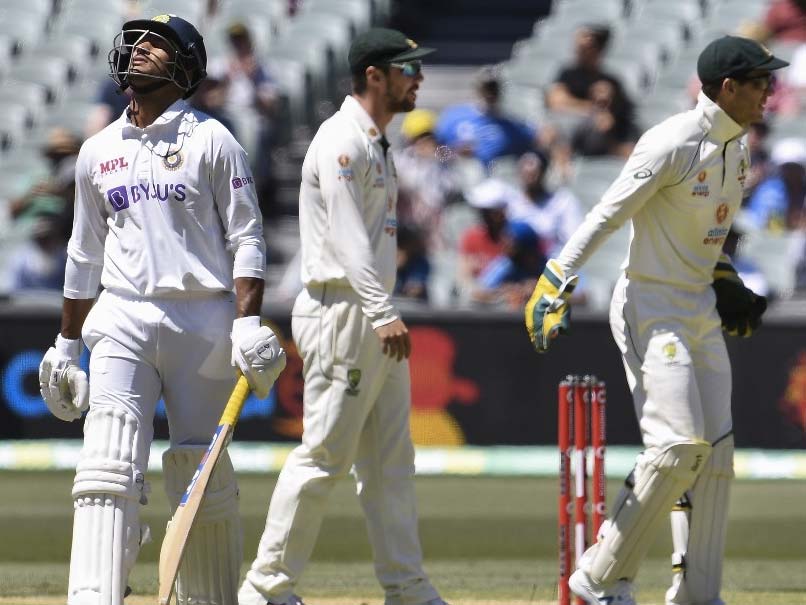 India were restricted to 36 for nine in their second innings in Adelaide.© AFP

Former Pakistan captain Wasim Akram lauded Australian pacers Josh Hazlewood and Pat Cummins for bundling India out for a meagre 36 in the second innings of the pink-ball Test at the Adelaide Oval on Saturday. Taking to Twitter the veteran speedster wrote, "Wait what happened? I just went to play 9 holes came back game over. What a spell by The Australians. Pace matters. #INDvsAUSTest." Hosts registered an eight-wicket victory on Saturday and took a 1-0 lead in the four-match series.

Wait what happened? I just went to play 9 holes came back game over . What a spell by The Australians . Pace matters. #INDvsAUSTest

Fiery spells from Hazlewood and Cummins saw the Indian batting collapse and Australia was given a mediocre target of 90 runs to win the game. The hosts chased down the total comfortably inside 21 overs as Joe Burns scored an unbeaten half-century and Matthew Wade smashed 33 runs.

The Virat Kohli-led side might have had a 62-run lead entering the third day of the first Test, but the side squandered the advantage as the batsmen failed to rise to the occasion and Australia made light work of the visitors. India was bundled out for 36 in the second innings, setting a target of 90 runs.

"Wow!! What a bowling display that was from Pat Cummins & Josh Hazlewood here in Adelaide. Just outstanding. Have to feel for the Indian batsman as never saw that coming -- it was one of those days where the batsman nicked everything & didn't play and miss at all ! Unbelievable," Warne tweeted.