AUS vs IND: The manner in which Wriddhiman Saha got rid of Matthew Wade reminded many of former wicket-keeper MS Dhoni who had become synonymous with such dismissals. 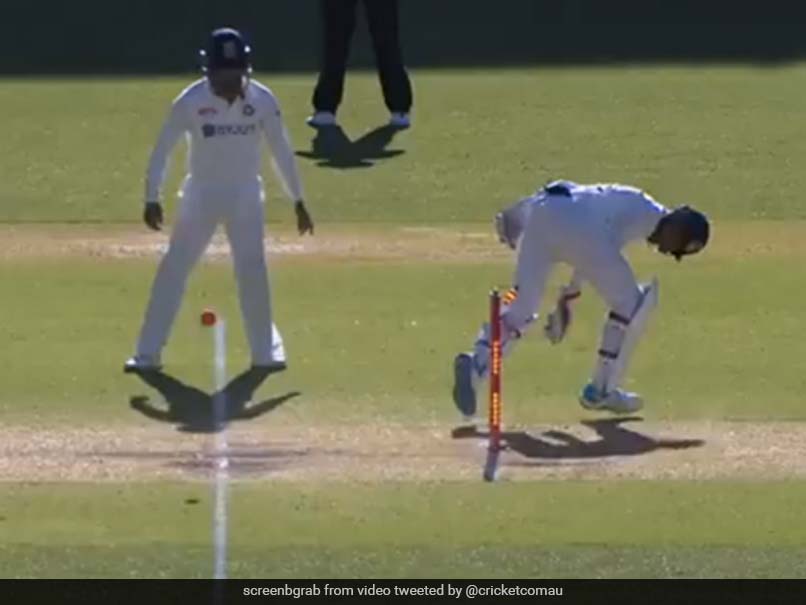 AUS vs IND: Wriddhiman Saha run out reminded many of MS Dhoni.© Twitter

Australia defeated India by eight wickets in the day-night Test in Adelaide to take 1-0 lead in the four-match series. The visitors suffered a collapse on Day 3, setting Australia a target of just 90 runs. The hosts reached the total, losing just two wickets in the process, one of which was a bizarre run out of Matthew Wade. Wade was more attacking of the two Australian openers and was looking solid at 33 runs off 53 balls. However, just when Australia were marching towards a potential 10-wicket win, Wriddhiman Saha's sharpness and a bit of fortune, gave India their first breakthrough. The manner in which Saha got rid of Wade reminded many of former wicket-keeper MS Dhoniwho had become synonymous with such dismissals during his glittering international career.

Cricket Australia's official twitter handle, shared the video of Wade's unusual dismissal with the caption: "Bizarre dismissal alert! What about that from Saha?! #AUSvIND".

Wade had come down the track but Ravichandran Ashwinaltered his line to leave him in a spot of bother. The batsman somehow got his bat to the ball but it ricocheted off Prithvi Shaw's pads at short leg. Saha picked it up and flicked it between his legs to clip the bails with Wade well short of his crease.

Australia lost one more wicket with Marnus Labuschagne, departing for six runs off Ashwin's bowling. In the end, Burns' half-century (51 not out) ensured Australia cruised to the target with eight wickets left.

Both the teams will now travel to Melbourne for the traditional Boxing Day Test, which begins on December 26.

Adelaide Oval, Adelaide Australia vs India 2020-21 Cricket Australia vs India, 1st Test
Get the latest updates on ICC T20 Worldcup 2022, check out the Schedule and Live Score. Like us on Facebook or follow us on Twitter for more sports updates. You can also download the NDTV Cricket app for Android or iOS.