Australia vs India: Sunil Gavaskar on Saturday sympathised with the Indian team after it slumped to its lowest Test score, saying it would be a bit unfair to be critical given that the Australian fast bowlers were simply "superb". 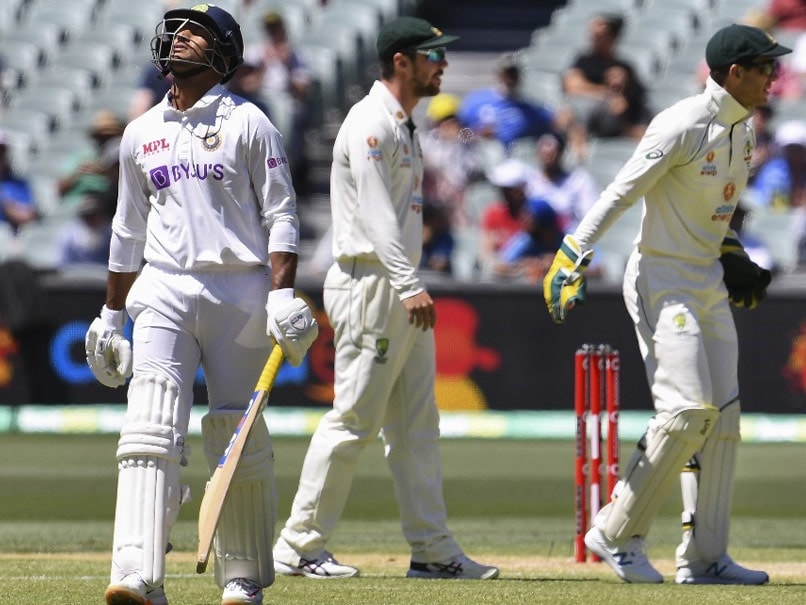 AUS vs IND: Mayank Agarwal walking back to the pavilion after his dismissal in 2nd innings.© AFP

The legendary Sunil Gavaskaron Saturday sympathised with the Indian team after it slumped to its lowest Test score, saying it would be a bit unfair to be critical given that the Australian pace bowlers were simply "superb". The trio of Josh Hazlewood, Pat Cummins and Mitchell Starc produced a sensational performance as the visitors collapsed to their lowest Test score of 36.

India's earlier lowest score was 42 against England at the Lord's in 1974 and Gavaskar was a part of that team.

"I mean, any team that is all-out for its lowest Test score since the time it started playing Test cricket, that's never good to see," Gavaskar told 'Channel 7' after India's eight-wicket loss in Adelaide.

"But having said that, if any other team had been facing that kind of bowling, they would have also got out, maybe be not all-out for 36, maybe 72 or 80-90 but the way Hazelwood, Cummins bowled and the earlier three-over spell from Starc, they asked a lot of questions," he explained.

"So it's not fair to blame the Indian batsmen for the way they got out because it was just simply superb bowling by the Australian bowlers," he added.

After ending the second day with a handy 62-run first innings lead, India faced a batting collapse in the first session of day three.

None of their batsmen reached double-digit scores as Hazlewood (5/8) and Cummins (4/21) terrorised the tourists into submission.

Australia now lead the four-match series 1-0. The two teams will meet again on December 26 for the Boxing Day Test in Melbourne, where the visitors will be without the services of skipper Virat Kohli, who will head back home for the birth of his first child.

Adelaide Oval, Adelaide Australia vs India 2020-21 Cricket Australia vs India, 1st Test
Get the latest updates on IPL 2021, check out the IPL 2021 Schedule and Indian Premier League Live Score . Like us on Facebook or follow us on Twitter for more sports updates. You can also download the NDTV Cricket app for Android or iOS.