Cheteshwar Pujara is at No. 3 on the Test rankings, behind Kane Williamson of New Zealand. 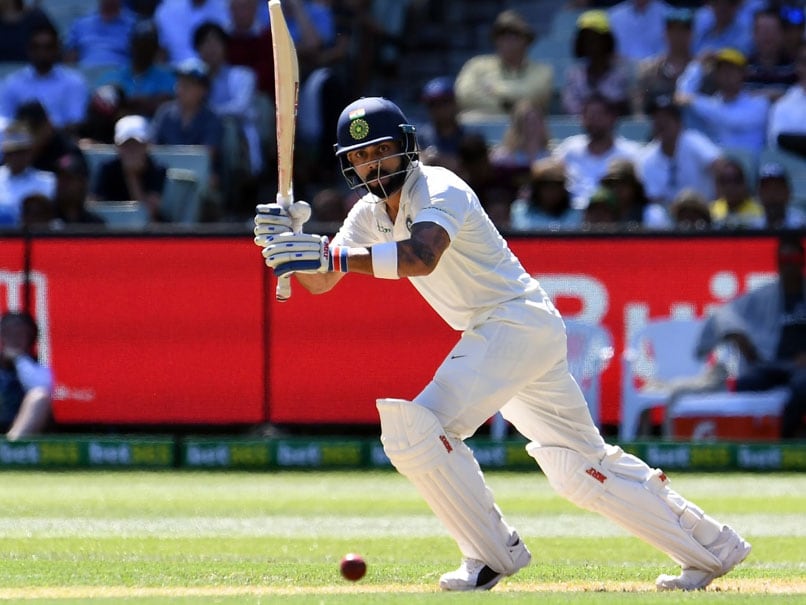 Virat Kohli is leading the chart with 922 points.© AFP

Virat Kohli, who led India to a semi-final finish on his first assignment as captain in a 50-over World Cup, has retained the top position in the ICC Test batsmen's rankings, released by the world cricket regulatory body on Tuesday. Virat Kohli is leading the chart with 922 points, just nine points ahead of New Zealand skipper Kane Williamson. With 881 points, Cheteshwar Pujara is the other Indian in top three of the ICC Test batsmen's rankings. In the ICC Test all-rounders' rankings, India's Ravindra Jadeja secured the third spot, behind West Indies' Jason Holder and Shakib Al Hasan of Bangladesh.

In the Test team rankings, India remained in top position followed by New Zealand (2) and South Africa (3) with England (4) and Australia (5) the others in the top five. In the bowlers' list, Jadeja and Ravichandran Ashwin are sixth and 10th respectively.

Veteran England pacer James Anderson, who was overtaken by South Africa fast bowler Kagiso Rabada in November last year and subsequently by the present No. 1 Pat Cummins of Australia, is ranked second.

Anderson's fellow England fast bowler Stuart Broad (19th) will be looking to retain a top-20 place, which he maintained since 2009, while Moeen Ali (25th, 621 points) is only 12 points behind his best ever rating points achieved in August 2017.

Captain Joe Root is the highest-ranked batsman on either side in sixth place while Jonny Bairstow and Jos Buttler are in 26th and 27th places, respectively.

For Ireland, Kevin O'Brien's scores of 40 and 118 on debut against Pakistan and a subsequent half-century against Afghanistan have lifted him to 68th place while Gary Wilson is 140th in the batting table.

Stuart Thompson is their highest-ranked bowler in 64th position with Tim Murtagh just two places behind. Boyd Rankin, who played one Test for England in 2014, would be looking to improve his 106th position.