Ravichandran Ashwin served up a unique bowling action during a Tamil Nadu Premier League (TNPL) match and came away with a wicket. 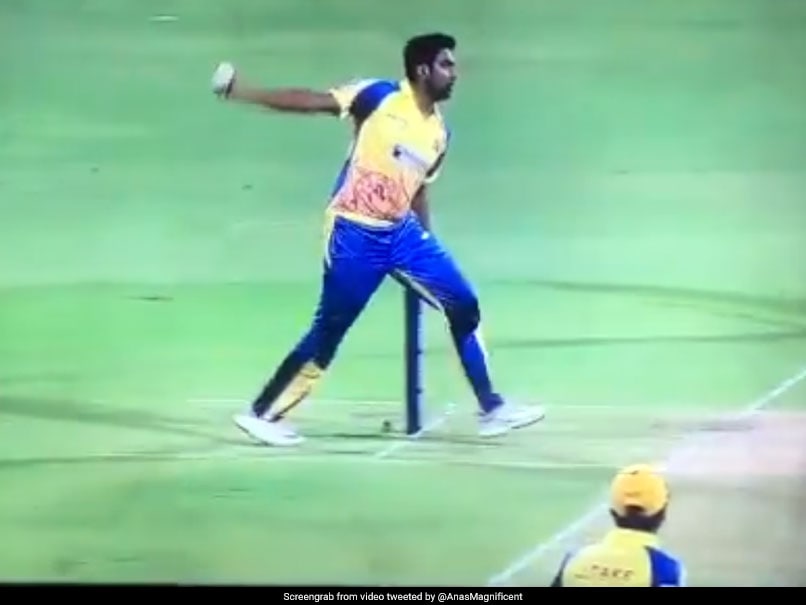 Ravichandran Ashwin, playing for Dindigul Dragons in the Tamil Nadu Premier League (TNPL), continued to amuse fans as he came up with a unique bowling action. Ravichandran Ashwin, bowling the 20th over of the innings, was seen hiding the ball behind his back during his run-up, not allowing the batsman judge the delivery. As a result, Ravichandran Ashwin was rewarded with a wicket off the delivery which was tossed up by the off-spinner. The official TNPL Facebook account posted the video of Ashwin's unique action with a caption which said, "My experiments with the ball-Ft. Ravi Ashwin".

It was not the first time that Ashwin came up with something unique in the ongoing edition of the TNPL. Earlier, Ashwin had delivered the ball with his non-bowling arm absolutely stationary as he completed his run-up on the wrong foot.

Ashwin's stint at the TNPL comes after he featured for Nottinghamshire in the County Championship Division One. He had impressed in the tournament by picking more than 20 wickets in three matches and also playing cameo knocks.

The right-arm off-spinner, who was recently included in India's Test squad for the West Indies series, made his last appearance for the national team during the India vs Australia Test series in December 2018.