Virat Kohli had an interesting response for Harry Kane, who took to social media enquiring about a place in the Royal Challengers Bangalore squad for the next IPL. 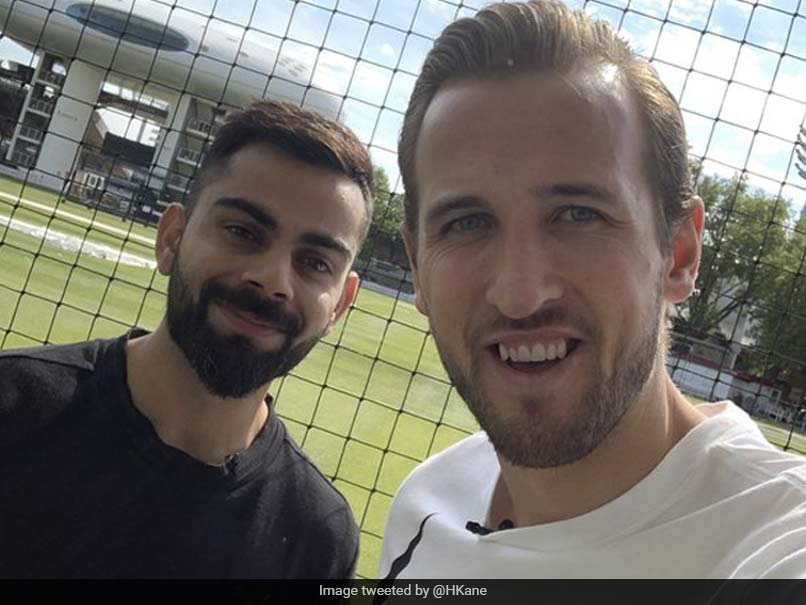 Royal Challengers Bangalore (RCB) skipper Virat Kohli provided an interesting response to Harry Kane, who asked the cricketer about a potential spot in the franchise's squad for the next season of the Indian Premier League (IPL). Kane took to Twitter on Friday, sharing a video where he can be seen striking a tennis ball cleanly during an indoor cricket game with other Tottenham Hotspur players. "Got a match winning T20 knock in me I reckon. Any places going for @RCBTweets in the @IPL next season @imVkohli," read the caption on the tweet by the footballer.

Got a match winning T20 knock in me I reckon. Any places going for @RCBTweets in the @IPL next season @imVkohli?? pic.twitter.com/tjUZnedVvI

Kohli praised the Tottenham striker's skills in his response. He followed it up by suggesting a potential role as a "counter-attacking" batsman in the RCB squad.

"Haha good skills mate. Maybe we can get you in as a counter attacking batsman @HKane," said the reaction from the batsman.

Haha good skills mate. Maybe we can get you in as a counter attacking batsman@HKane https://t.co/rYjmVUkdwO

Kohli was seen in action during the first ODI of the three-match series between Australia and India on Friday. The 32-year-old failed to make much of an impact, scoring 21 runs off as many deliveries with the visitors defeated by a margin of 66 runs.

Kane has been in fine form for Tottenham this season, with seven goals to his name. Tottenham are currently top of the Premier League table, having accumulated 20 points from nine matches.

Tottenham Hotspur Cricket
Get the latest updates on IPL Auction 2023 and check out  IPL 2023 and Live Cricket Score. Like us on Facebook or follow us on Twitter for more sports updates. You can also download the NDTV Cricket app for Android or iOS.