India vs Australia 2020: Australia secured a comfortable 66-run victory over India to take 1-0 lead in the three-match series on Friday. 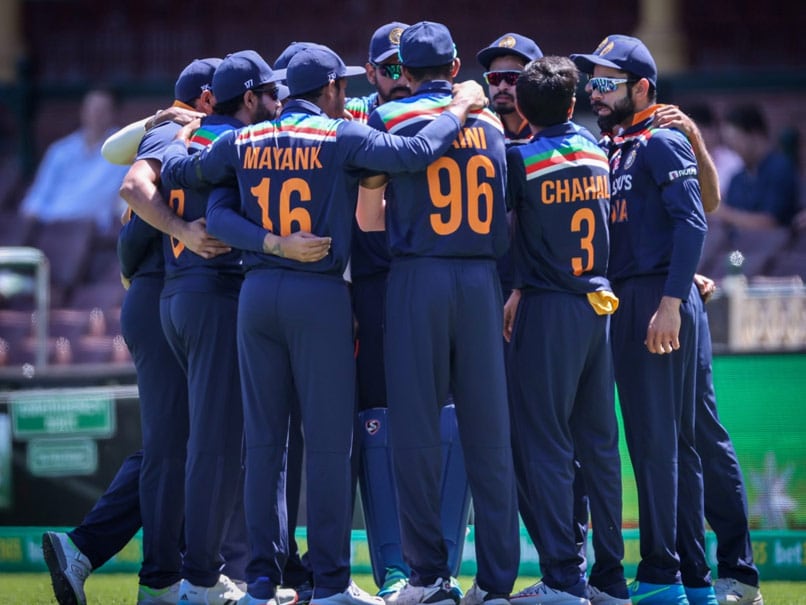 1st ODI: India were outclassed by Australia in Sydney on Friday.© AFP

Virat Kohli, India captain, was critical of his team's body language after 25-26 overs as fielders dropped their shoulders on the field as Aaron Finch and Steve Smith smashed the visitors to all parts of the Sydney Cricket Ground on Friday. Finch and Smith both scored centuries as Australia posted an imposing total of 374 for six from their allotted 50 overs. In reply, India fell short of the target by 66 runsdespite fifties from Shikhar Dhawan and Hardik Pandya. Kohli said that if you don't take your chances (highlighting the dropped catches) against a top-quality side like Australia, they will make you pay.

"The body language after 25-26 overs was disappointing. A quality side will hurt you (if you have fielding lapses)," Kohli said at the post match presentation.

The India skipper also highlighted that the team missed an additional bowling option as Hardik is unfit to bowl a few overs in the middle.

"Unfortunately, Hardik is not fit enough to bowl, and we don't have other all-round options to pick from either, someone like Stoinis or Maxwell," Kohli said.

Chasing a target of 375, Virat Kohli was happy with the way his team approached the chase and said they will continue with similar positive cricket in coming games.

"As a batting unit we committed nicely to positive cricket and we are going to do that in the future as well," Kohli added.

With the win, Australia took a 1-0 lead in the three-match series. The second ODI will be played at the same venue on Sunday.

Virat Kohli Australia vs India 2020-21 Australia vs India, 1st ODI Cricket
Get the latest updates on Fifa Worldcup 2022 and check out  Fifa World Cup Schedule, Stats and Live Cricket Score. Like us on Facebook or follow us on Twitter for more sports updates. You can also download the NDTV Cricket app for Android or iOS.