Kohli's superb batting in the group matches of the ICC Champions Trophy saw him reclaim the top spot in the ICC ODI rankings for batsmen. 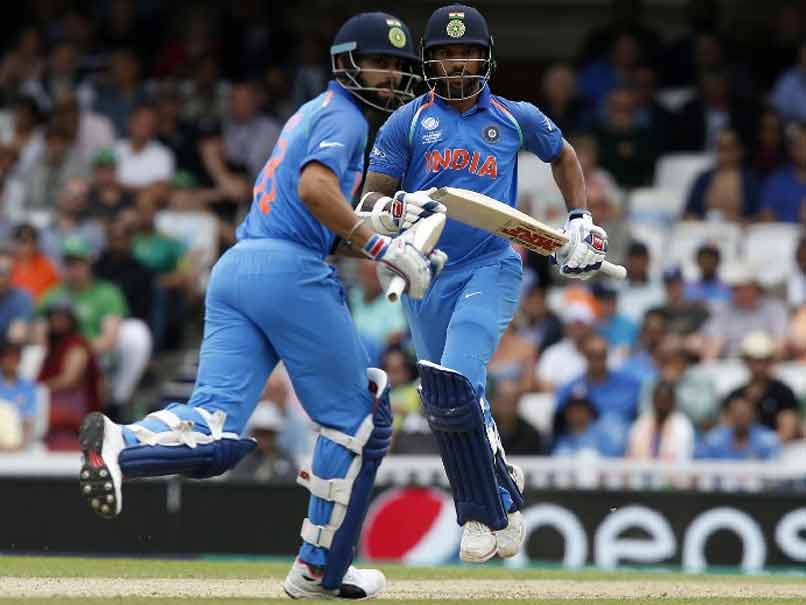 In the latest ICC ODI rankings for batsmen released on Tuesday, India skipper Virat Kohli has regained the top spot after the last round of the on-going ICC Champions Trophy 2017 league-stage games. Kohli, who had entered the tournament with just 22 points behind AB de Villiers of South Africa, regained the top spot after his brilliant unbeaten knocks of 81 and 76 against Pakistan and South Africa, respectively. Prior to this, Kohli had enjoyed just four days at the top in January 2017.

Indian opener Shikhar Dhawan continued his love-affair with the Champions Trophy as he returned to the top 10 by scoring 68 against Pakistan, 125 against Sri Lanka and 78 against South Africa. He is now the leading run-scorer of the tournament.

Dhawan's rise means his team-mates Rohit Sharma and former captain Mahendra Singh Dhoni have slipped one place each to 13th and 14th, respectively, while Yuvraj Singh has gained six places to be at 88th spot.

Umesh Yadav has gained two places to be at 41st position, while Jasprit Bumrah is at 43rd after climbing up three spots.

However, Indian spinners have slipped in the latest rankings with Ravichandran Ashwin dropping two places to 20th and Ravindra Jadeja falling three places to 29th.

Australia's pace ace Josh Hazlewood has achieved the number-one position in the bowlers' rankings for the first time in his career.

There has been no change in the top five of the all-rounders' list, which is headed by Bangladesh's Shakib Al Hasan.

Stokes has gained one spot and is now sixth, while Jadeja has broken into the top 10 in eighth position after rising three places.

In the upcoming semifinal matches of the Champions Trophy, India will have a chance to top the table.

But for that to happen, they will not only want to face England in the final but also need to retain the title.

In that case, Kohli's men will join South Africa on 119 points but will be ranked ahead of them by a fraction of a point.

Comments
Topics mentioned in this article
India Cricket Team Virat Kohli International Cricket Council Cricket
Get the latest updates on SA vs IND 2021-22, check out the Schedule and Live Score . Like us on Facebook or follow us on Twitter for more sports updates. You can also download the NDTV Cricket app for Android or iOS.