Australia opener David Warner on Saturday took to Instagram to share a picture of his daughter Indi, posing with a special gift from Indian skipper Virat Kohli. 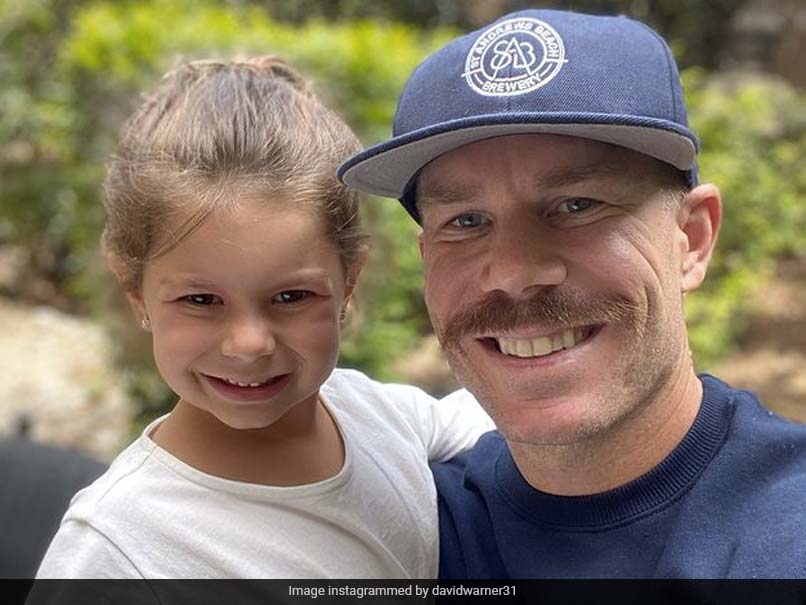 Australia opener David Warneron Saturday took to Instagram to share a picture of his daughter Indi wearing a signed jersey, gifted by Indian skipper Virat Kohli. Warner's second daughter Indi-Rae, who is a big fan of Indian skipper, can be seen smiling while posing for the camera wearing Kohli's "playing jersey". Warner, who played the last two matches of the just-concluded four-Test series, said that although his team lost the series, his daughter Indi was "very happy" after getting the special gift from the Indian skipper. In his post, Warner also mentioned that besides him and his limited-overs opening partner Arron Finch, Indi is a huge Virat Kohli fan.

"I know we lost the series but we have one very happy girl here!! Thanks @virat.kohli for your playing jersey, Indi absolutely loves it. Besides daddy and @aaronfinch5 she loves VK #fan #love #cricket," Warner wrote, while posting the picture on Instagram.

Last year, Warner's wife Candice, in a radio show before India's series against Australia, had jokingly described her middle child Indi as a "rebel" as she wants to be Virat Kohli.

While Warner missed the first two Tests due to an injury, Kohli returned home after the first Test for the birth of his first child. In Kohli's absence, the Ajinkya Rahane-led India bounced back after losing the first Test in some style and retained the Border-Gavaskar Trophy, beating Australia against 2-1.