Candice Warner posted a video of her daughter batting, taking on some throwdowns from her father David Warner. 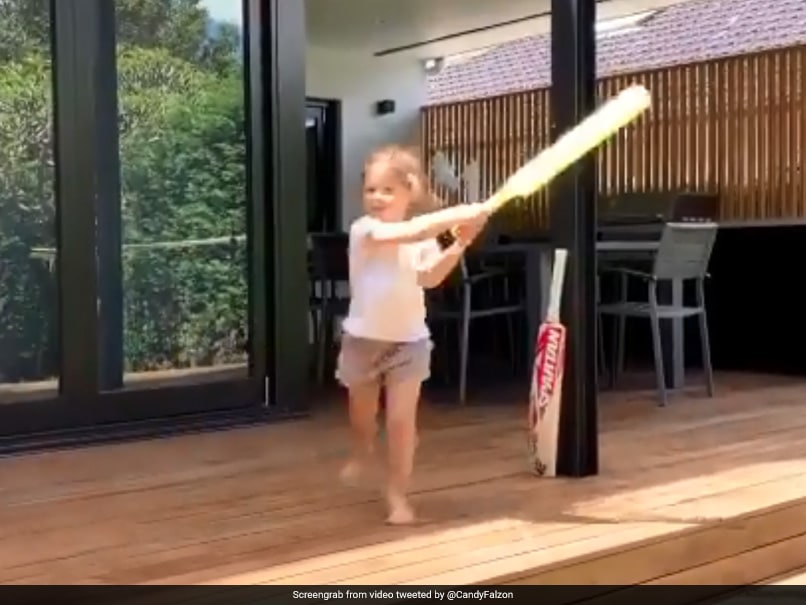 Virat Kohli and David Warner are two of the best players in world cricket now. While Warner has been top form with the bat after his return from a one-year ban following the ball-tampering scandal, Virat Kohli has risen to the very top with some superlative performances. The Australian left-hander, though, has all but made the Indian Premier League (IPL) his own domain in recent times, arguably the only place where the Indian skipper has failed to be consistent best. But in international cricket, there are not many that can match Virat Kohli's brilliance with the bat -- and David Warner's daughter Indi Rae seems to be of the same opinion.

In a video posted by Candice Warner, David Warner's wife, young Ivy Mae is seen taking on throwdowns from her father. As she prepares herself to face the delivery, she continously repeats: "I'm Virat Kohli".

Candice Warner put out a caption to match the brilliant video: "This little girl has spent too much time in India. Wants to be @imVkohli".

This little girl has spent too much time in India. Wants to be @imVkohli pic.twitter.com/Ozc0neN1Yv

While Virat Kohli heads the overall batting charts in IPL, having scored a whopping 5,412 runs in 177 matches at an average of 37.84, David Warner has been nothing short of exceptional in the past few seasons.

Warner is fourth in the list of all-time top run-getters in IPL, amassing 4,706 runs in just 126 matches at an average of 43.17, which happens to be the highest in the tournament.

Since the 2014 season, David Warner has been in a class of his own in the IPL. In that edition, he finished fourth in the top run-getters list, which was topped by Robin Uthappa.

In 2015, the Australian top the run charts, scoring 562 runs in 14 matches, beating the likes of AB de Villiers and Virat Kohli.

In the 2016 season, David Warner finished only behind an exceptional Virat Kohli. The RCB skipper amassed a whopping 973 runs in 16 matches with Warner scoring 848 in 17 games.

The next season, Warner yet again topped the batting charts with 641 runs in 14 matches, light years ahead of second-placed Gautam Gambhir, who made 498 runs in 16 matches.

Warner missed the 2018 season after being banned for his role in the infamous ball-tampering scandal. But he came roaring back to again top the list in the 2019 season. The left-hander smashed 692 runs in 12 matches at an average of 69.20 and a strike rate of 143.86.