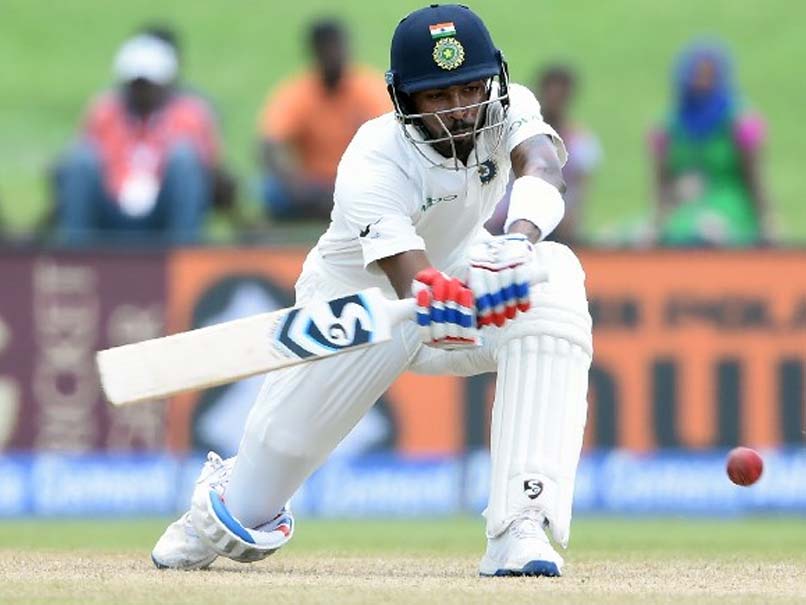 Hardik Pandya scored a half-century in the first innings.© AFP

Hardik Pandya's Test debut went pretty well. Not only did his half-century help India reach a mammoth total in the first innings in the first Test at Galle, but the youngster also chipped in with a wicket. After India's 304 win over Sri Lanka in the first Test, captain Virat Kohli heaped praise on Pandya, and felt the youngster can even emulate the world's premier all-rounder - England's Ben Stokes.

"I have a lot of faith in him (Hardik) as far as any format is concerned. If he grows in confidence - you see someone like Ben Stokes, what he does for England, brings in great balance as an all-rounder. I see no reason why Hardik Pandya can't become that for India," Kohli said at the post-match press conference on Saturday, after India took a 1-0 lead in the series.

"In the first innings, he didn't get opportunity to bowl much but I think in the second innings, he bowled really nicely on a wicket that wasn't offering much and he kept it in the right areas," said Kohli.

The skipper was impressed as to how Pandya used the shirt ball and also the speed at which he bowled.

"He used the bouncer well. He bowls around 135, so he is a great asset and I have mentioned this before as well," he said.

Pandya's whirlwind 50 in the first innings was the difference between a total of 550 and 600.

"We would have been 540-550 in the first innings. He got those 50 runs quickly and that saves you time as well. That gives you another 15 overs to bowl at the opposition. And his fielding is also tremendous."

Comments
Topics mentioned in this article
India Cricket Team Sri Lanka Cricket Team Virat Kohli Hardik Pandya Ben Stokes Cricket Sri Lanka vs India 2017
Get the latest updates on IPL 2020, check out the IPL Schedule for 2020 and Indian Premier League (IPL) Cricket live score . Like us on Facebook or follow us on Twitter for more sports updates. You can also download the NDTV Cricket app for Android or iOS.