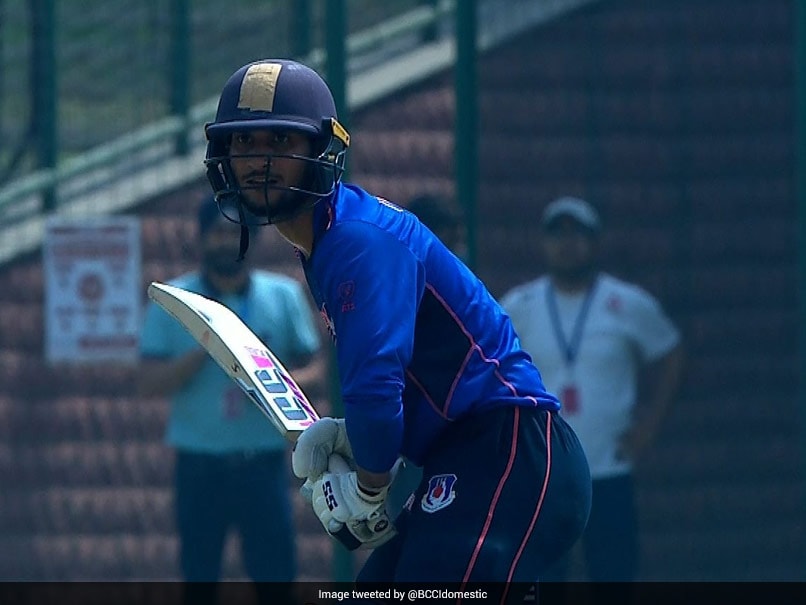 A disciplined Uttar Pradesh put up a thoroughly professional performance to outwit Delhi by 46 runs in the quarter-final of the Vijay Hazare Trophy in New Delhi on Tuesday. UP will now meet Gujarat in the first semi-final while heavyweights Mumbai will be pitted against Karnataka in the other last four clash. Uttar Pradesh rode on keeper-batsman Upendra Yadav's stroke-filled 112 off 101 balls and skipper Karan Sharma's 83 off 100 deliveries to post a competitive 280/7. The UP bowlers then did well enough to restrict Delhi to 234 in 48.1 overs with none of the middle-order batsmen getting a move on after a top-order collapse, having lost half of the side within 20 overs.

Shivam Mavi 1/31 in 8.2 overs was brilliant until he had to be taken off the attack for bowling a couple of beamers.

Put into bat at the Kotla, UP suffered a top-order collapse and were tottering at 25 for 3. Both the openers Abhishek Goswami (6) and Madhav Kaushik (16) fell cheaply.

While Goswami top-edged to wicket-keeper Anuj Rawat off pacer and skipper Pradeep Sangwan (2/49), Kaushik too top-edged to Rawat off left-arm pacer Kulwant Khejroliya (1/50).

Young Priyam Garg (0) was found short by a direct throw from Hiten Dalal as UP found themselves in all sorts of trouble.

Skipper Karan (83) and veteran Akshdeep Nath (15) tried to steady the ship with their 41-run fourth wicket stand, but Nath perished in the 17th over, as he also edged to Rawat off Simarjeet Singh (2/51).

At 66 for 4, Karan and wicket-keeper Upendra Yadav rallied with Yadav playing initially playing second fiddle before launching a counter attack.

The two conjured crucial 129 runs for the fifth wicket to pull the team out of trouble.

While Sharma hammered 11 fours in his 100-ball knock, Yadav struck 11 boundaries and two maximums in his innings, as the two took on the Delhi bowlers.

UP were 150/4 after 32 overs and were in pursuit of a decent total. But off-spinner Lalit dismissed Sharma in the 39th over. Then Upendra took the onus on himself and found an able ally in Sameer Choudhary, who chipped in with quick-fire unbeaten 43 off 35 balls, which enabled them to go past the 275-run mark.