The best part of his knock came in the penultimate over of the innings as he smashed 43 runs off the bowling of Shiva Singh. In this particular over, Ruturaj Gaikwad hit seven consecutive sixes. 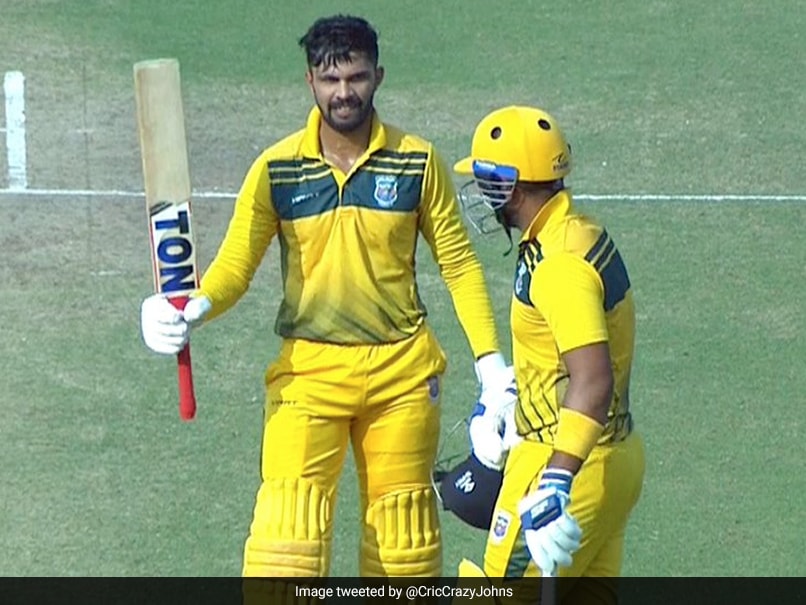 Maharashtra opening batter Ruturaj Gaikwad was at his blistering best in the ongoing Vijay Hazare Trophy quarter-final against Uttar Pradesh and his unbeaten 220-run knock helped his side post 330 runs on the board in the allotted fifty overs. However, the best part of his knock came in the penultimate over of the innings as he smashed 43 runs off the bowling of Shiva Singh. In this particular over, Ruturaj Gaikwad hit seven consecutive sixes.

The fifth ball of the over turned out to be a no-ball, and the free-hit also disappeared for a six, and hence the did the unthinkable, taking 43 runs of the over.

Ruturaj Gaikwad smashes 4⃣3⃣ runs in one over!

After hitting Shiva Singh for 42 runs in an over, Ruturaj tied the record for scoring most runs in a single over in the history of the List-A cricket. One run came as a result of a no-ball and hence Shiva Singh ended up conceding 43 runs in the 49th over.

Gaikwad is the first player to hit seven sixes in a single over of List-A cricket, hence the batter created a world record against Uttar Pradesh.

He has also achieved the record of Rohit Sharma, for hitting the most number of sixes (16) in a single List-A innings.

What Made Sania Mirza Cry?
Comments
Topics mentioned in this article
Ruturaj Gaikwad Cricket Kartik Tyagi
Get the latest updates on IPL Auction 2023 and check out  IPL 2023 and Live Cricket Score. Like us on Facebook or follow us on Twitter for more sports updates. You can also download the NDTV Cricket app for Android or iOS.