Vijay Hazare Trophy 2021: Jharkhand captain Ishan Kishan's fine knock was brought to an end by Gaurav Yadav of Madhya Pradesh, who dismissed him in the 28th over. 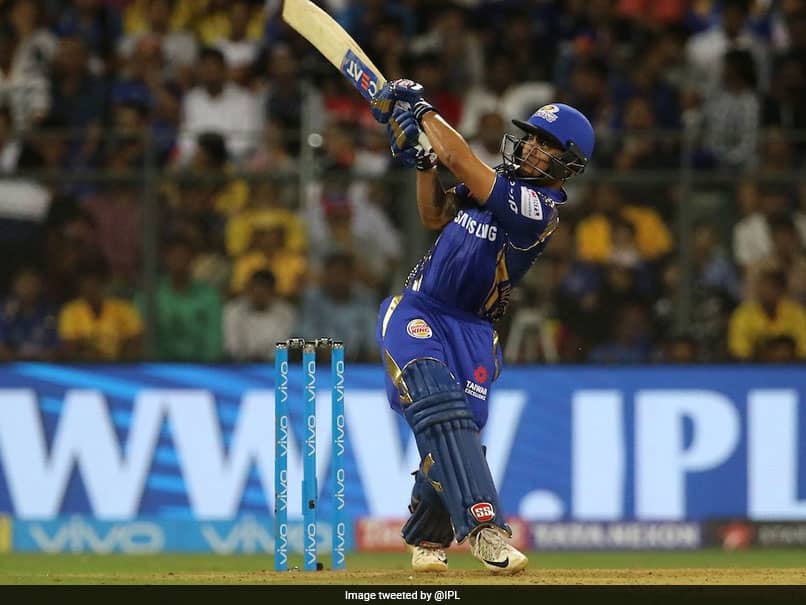 Jharkhand skipper Ishan Kishan put on a sensational batting performance, smashing 173 runs in just 94 balls studded with 11 sixes against Madhya Pradesh in the Elite Group B match of the Vijay Hazare Trophy on Saturday. Ishan whacked five sixes and 12 fours to bring up 102 runs in just 74 balls before unleashing the beast within himself. In the last 20 balls he faced, the Jharkhand skipper slammed 71 runs as the side crossed the 200-run mark in the 26th over.

Jharkhand lost two wickets within 20 overs but there was no stopping Ishan in going out all guns blazing on Madhya Pradesh's bowling attack. The Parth Sahani-led side finally took a sigh of relief when Gaurav Yadav dismissed Ishan in the 28th over but till then Jharkhand had put on 240 runs on the board.

Vijay Hazare Trophy, the domestic one-day competition in India, kicked off on Saturday with players looking to get back on the field after shining in the Syed Mushtaq Ali Trophy.

The tournament will also act as the perfect platform for the players who are looking to showcase their skills in the white-ball format ahead of the ODI series against England, keeping in mind the T20 World Cup is scheduled later this year.

Prithvi Shaw has been named as the vice-captain of Mumbai while the likes of Yashasvi Jaiswal, Suryakumar Yadav and Tushar Despande have also been named in the squad.

Pradeep Sangwan might lead Delhi but Shikhar Dhawan will look to make the most of the tournament having not played a one-day game since December first week.

The sides have been divided into six Elite A, B, C, D and E and the Plate Group. The Plate Group's matches will be played across the different locations in Tamil Nadu while the Elite Groups' games will be held in Surat, Indore, Bangalore, Jaipur and Kolkata respectively.

Last year's runners-up Tamil Nadu, who won the Syed Mushtaq Ali Trophy champions in January are in Group B while defending champions Karnataka are in Group C.

The quarter-final will be played on March 8 and 9 respectively, while the semi-final will take place on March 11. The final match of the Vijay Hazare Trophy is scheduled for March 14.

Mumbai Indians Ishan Kishan Cricket
Get the latest updates on IPL 2021, IPL Points Table , IPL Schedule 2021 , live score . Like us on Facebook or follow us on Twitter for more sports updates. You can also download the NDTV Cricket app for Android or iOS.